When I started this blog 8 years ago, I never thought I would be writing about technology used as evidence. This week, I have read 2 different articles in which technology has played a role in a murder and I know this is only the beginning and I know there are hundreds of others not being covered in the media. And it’s not just murder – adultery, theft and more.

We live in an age where we don’t even have to pick our phones or turn on a television to know what the weather is.

“Alexa, what is the weather today.” 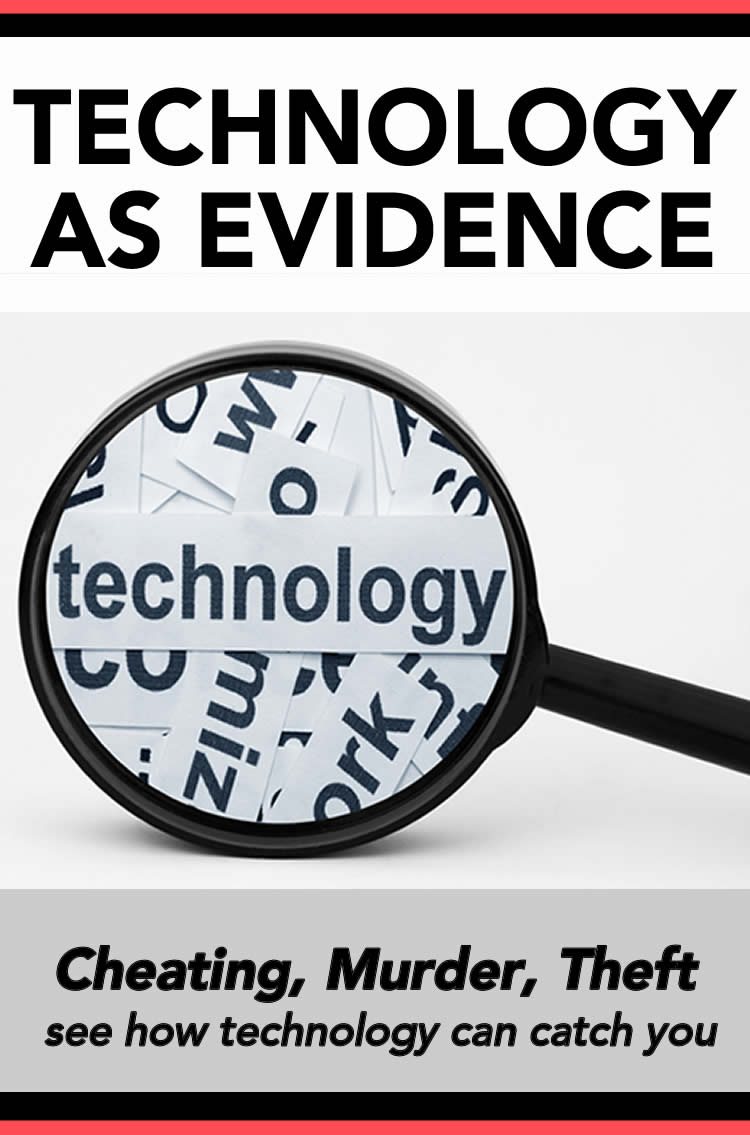 With this convenience, comes big brother and in ways we never thought about. Take for example your Fitbit. Your Fitbit doesn’t necessarily have a tracking device like an iPhone, but what it does do is track movements and when you moved.

Here is the Fitbit murder story of Connie Dabate that I mentioned earlier.

This past week, a man was convicted of murdering his wife after he said that she was killed in front of him at a certain time. Her Fitbit showed otherwise. That’s right – the movement on her Fitbit changed the entire legal case. This just shows how technology used as evidence even on your wearable device. 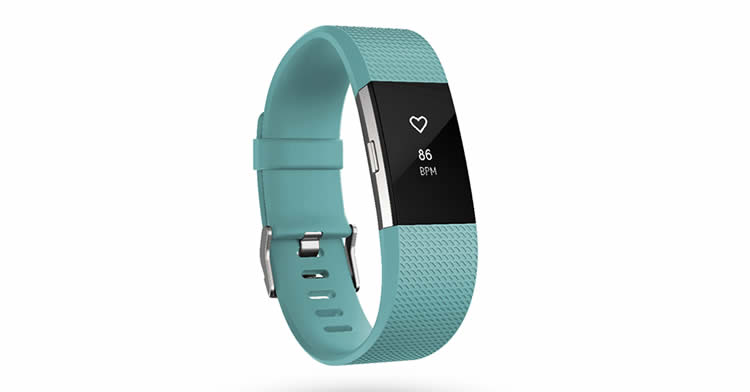 His story was fishy anyways, and he just HAPPENED to have a mistress with a baby on the way with her – but that’s besides the point. He lied, Fitbit showed otherwise.

Here’s part of the story from CNN:
They obtained search warrants for Connie Dabate’s Fitbit, both of their cell phones, computers and house alarm logs.

Synchronizing those logs, here’s what detectives say they found, according to the warrant:

If Richard Dabate’s claims were correct, detectives say the total distance it would take the victim to walk from her vehicle to the basement, where she died, would be no more than 125 feet.

Read the entire story on CNN

Cheaters Caught Because of iCloud

The latest news I’ve read on cheaters getting busted because of iCloud is with a governor who obviously does not know how technology works. 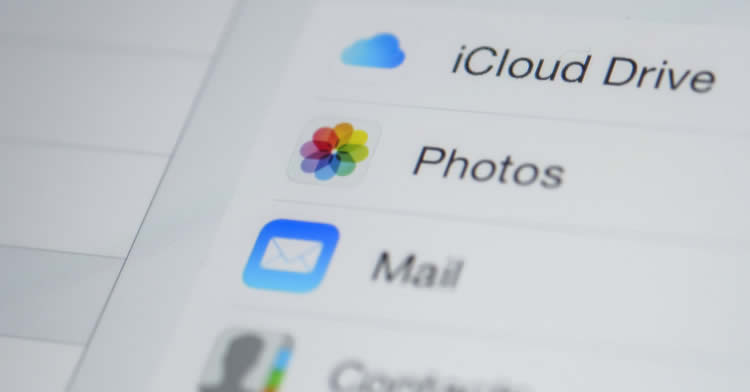 Alabama’s Governor Robert Bentley had given his then wife a state-issued iPad for her to use. What he didn’t know is that it was connected to his iCloud account. THE PLOT THICKENS.

The wife of Alabama Gov. Robert Bentley realized he was having an affair with his married chief adviser when she saw romantic messages on his state-issued iPad, which the clueless politician didn’t know was paired with his iCloud messaging.

I should say FORMER governor, since he has since resigned after the scandal broke and ex-wife because his wife left him.

There is also the infamous tale of Gwen Stefani and Gavin Rossdale where she found explicit texts and nude photos, thanks iCloud!

We have a few late tech adopters in our family. When they first saw our Amazon Echo, their first words were “that thing is hearing everything” and “big brother is here.” Yes, it is – but we aren’t anyone who has anything to hide. But you know what – some people do! 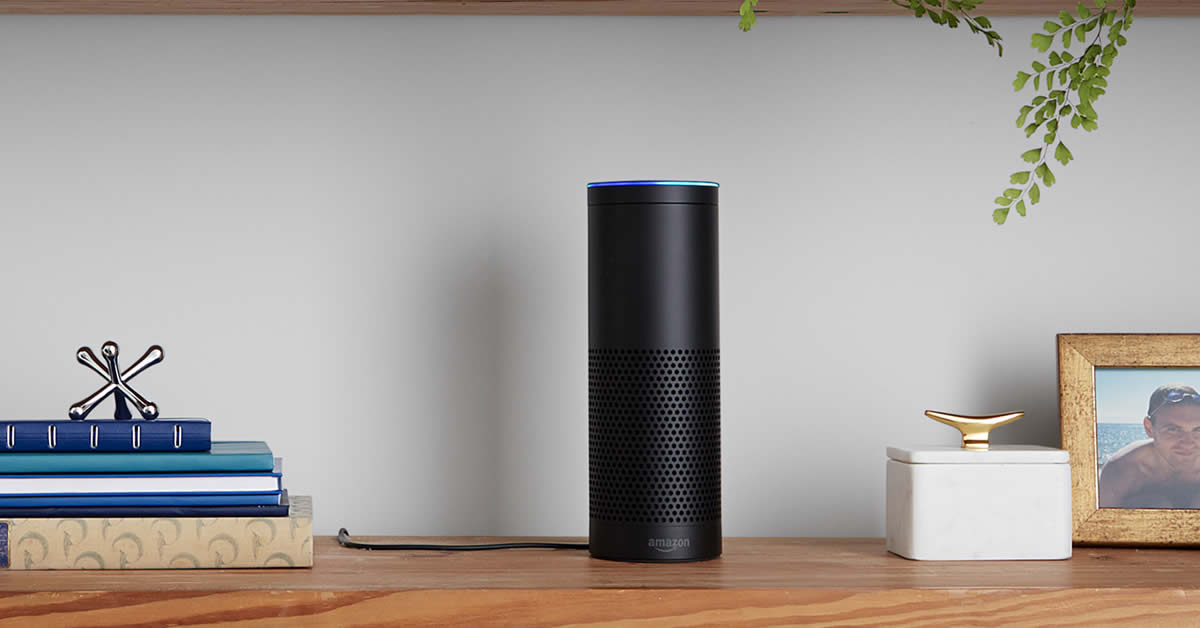 How Amazon Echo works is that is constantly listening for the wake word “Alexa” or “Amazon” – and then it records your voice. It then transfers to a processor for analysis so it can fulfill requests or answer your questions. The recordings are streamed and stored remotely, and can be reviewed or deleted over time, Amazon says.

Here’s another way technology used as evidence – this time with Amazon Echo.

A murder case in Arkansas has Arkansas police demanding that Amazon turn over information collected from a murder suspect’s Echo.

If Amazon has its way, the police must prove the state has a compelling need for the information and that the material can’t be obtained elsewhere (such as from another source—a receipt in a person’s possession, for instance). The information sought must be specific and integral to the investigation. If the police meet this test, a judge will review the information in private and decide what information, if any, should be disclosed.

In this case, the latest is that the accused is saying for Amazon to go ahead and hand over the records (read more on CNN.)

All that said, Echo is listening. So is Google Home – and I swear Facebook Messenger is as well! (Who else gets random ads of things you DID not search but talk about. I have no facts to back this one up, just theory.)

The Moral of the Story

I watch A LOT of Netflix. The moral of the story, don’t commit murder (obviously) and don’t think you will get away with things. With technology used as evidence, it’s not like the old days when you can easily cover up that you are cheating, or possibly hide a murder (it pains me to type that.)

We are in an age where you cannot hide the evidence. You will be found out. And the world needs to be a nice place, not full of murderers – so let’s just not. And cheaters – let’s just not with that either. Thanks.