Hate Facebook? Here are 5 Things You Need To Know About The MeWe Social Network

Could the MeWe social network be your new Facebook alternative? Yesterday we examined the Parler app, today we are talking about this ad-free, no spyware social network that is catching buzz.

While I personally don’t think the mega Facebook empire is going anywhere anytime soon, I do understand that several of it’s members maybe leaving. And by leaving, it means they keep their Facebook account open and either post to a select group of people or use the account to spy and troll on friends who are still on the network.

Facebook knows how to keep you in. The algorithm was created to make you a Facebook addict. Please tell me you watched the Netflix show, Social Network!

5 Things You Need To Know About The MeWe Social Network

If you have seen mention of MeWe social network and want to know more about this new social media network (new to you, it’s been around for a while!) Let’s chat.

What is MeWe Social Network?

MeWe is a social network, with a similar interface to Facebook. (The Parler app is more like Twitter.) Created in 2016, founder Mark Weinstein launded the network at SXSW 2016.

His vision was to create a next generation social and chat app that would give people everywhere the most exciting and helpful sharing technology with privacy built into the design – where members would feel safe and respected. (source: mewe)

Built by Sgrouples Inc, MeWe offers many of the same features that you are use to on Facebook – with the exception of a few things.

MeWe has no ads or no spyware.

To register for a standard account, it’s free. Bonus, you don’t have to put in a valid phone number like you do on Parler. Overall the MeWe signup process is simple.

The only authentication was email authentication. Just click on the link in the email sent to the email account you signed up for your account with and you are registered.

Like Facebook, MeWe has several of the social media features that you are use to logging on to access. There is chat, groups, pages, events, a timeline and profile.

You can upload photos and videos to your profile to share.

While you can use the MeWe social network on both web and mobile, the MeWe app does offer additional features such as disappearing chat.

From reading thru comments on both app stores, it appears MeWe needs to work on their app network support. People have issues logging on and even registering.

A popular Facebook feature is Facebook Groups. This allows conversation around a specific topic. MeWe groups are similar to Facebook’s. Though, do know that with a limited user base and sudden popularity, groups may not be as active.

The typical moderation options are available when setting up a group on MeWE.

Yes, you can create secret MeWe groups by selecting the private option when setting up the group. This means that a member will only be able to join by invitation only.

How Does MeWe Make Money?

Wait, if MeWe had no ads or spyware, how does this social network make money? Good question – here is your answer – a subscription!

Yes, you know those rumors about Facebook charging you – come to find out Facebook doesn’t charge for its platform. While technically free – we all know that there is no such thing as free. The FREE is actually your data.

MeWe makes money a few ways, outside of the data and ad revenue model that Facebook uses. Here is how.

There are several MeWe subscriptions that help support their business model.

For $4.99 a month, MeWe Premium is a monthly subscription allowing you access to more premium features on MeWe than there free plan.

Here is what MeWe Premium includes:

Yes, you can get those all (well minus a few features) for free on Facebook – but again, MeWe is ad-free, not supported by the ad model.

For $1.99 a month you can get unlimited voice and video calling.

Page Subscription for Businesses on MeWe

Create a page to support your business for $1.99 a month. Have multiple businesses? You will need to pay that per page. I run or admin 36 pages, that would add up quickly.

If you are using the MeWe app, here are the in-app purchases that contribute to how MeWe makes money.

Another way MeWe makes money is thru donations. These are not tax deductible, but if you are feeling generous – give to MeWe (or me!)

Want your MeWe interface to look a certain way? Purchase a theme. These are $1.99 each.

And that is how you monetize a social network without using an ad model.

Here are some answer to frequently asked questions about the MeWe social network.

MeWe was founded by Mark Weinstein in 2016.

Does MeWe Have Parental Controls?

No, there are no parental controls.

How Old Do You Have to Be for a MeWe Account?

The MeWe signup says that you need to be 16 years old for an account.

While I certainly don’t think Facebook is going anywhere, I do see opportunity for growth with these other social networks such as MeWe. Before the 2020 election, the biggest Facebook complaints include: data mining, advertisements and other privacy concerns.

Since the election, many Stop the Steal groups and such have been banned on Facebook due to misinformation. Many who feel that the information is valid have decided to find other social media sites to connect with other like minded people on.

Is MeWe Only for Conservatives?

I will say, most of my friends that are threatening to leave Facebook are those that are upset because of the election.

When researching Parler, without connecting with anyone – I found it OVERLY conservative with a strong lean to the far right. (I am pretty center when it comes to most things politics.)

Exploring the MeWe social network, you won’t logon and see anything radical right or liberal left until you start digging. There are many secret MeWe groups for conspiracy theorists. Rolling Stone did a piece on MeWe – Inside MeWe, Where Anti-Vaxxers and Conspiracy Theorists Thrive. Asking what social media would look like without any oversight. Interesting read that does bring about several questions of integrity and transparency.

MeWe’s lawyers did request a retraction of the article, calling the Rolling Stone piece, a hit job.

Why is MeWe Not Working?

Like Parler, MeWe is experiencing a massive user growth that is slamming their servers. If you are unable to use the MeWe app, try using the web interface.

Can I Buy MeWe Stock?

Currently, MeWe is a privately held company, so no you can’t buy stock at the moment and there is no MeWe stock symbol.

How Many Users Does MeWe Have?

From the latest data released a year ago in October 2019, MeWe then had 6 million users. Their press release from 2019 suggested over 100 million MeWe users by the end of 2020 – but no confirmation for how many current 2020 MeWE users. In a recent interview featured on Medium dated October 9, Mark Weinstein’s comments suggest they currently have approximately 10 millions users.

Does the Android MeWe App Work?

Yes, the Android MeWe app works, but from reading reviews on the Google Play store – it appears that more time and effort is spent updating and maintaining the iOS version of the MeWe app.

Is MeWe Full of Perverts?

Reading thru review of MeWe social network – you would think this network is loaded with perverts! Yes, I am sure that there are plenty of perv on this app and network. Truth be told they are everywhere and on every network. With the no BS, no censorship attitude of the network – I am not sure how this type of behavior is handled.

A large compliant appears to be that people are being found thru MeWe groups and tried to be friended or messaged by these perverts.

Does MeWe Have Customer Support?

Again, from the reviews – it appears that an area that is lacking is customer service and customer support. People tend to have issues from signing up, to reporting bugs to downtime.

Is MeWe for Kids?

No, MeWe is not for kids! This isn’t a kids app.

While I have heard a lot of negative press about MeWe, I do see that as far as a viable option – MeWe is a Facebook alternative – depending on how you use Facebook.

I do see that this could grow into something, but it has a ways to go and lots of work to do to achieve recognition as a big social media player.

Personally, I am not sold on 100% uncensorship – there are a LOT of gullible people in this world. The spread of misinformation is a pandemic in it’s own right. 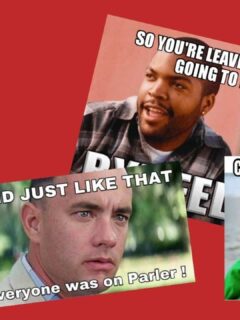 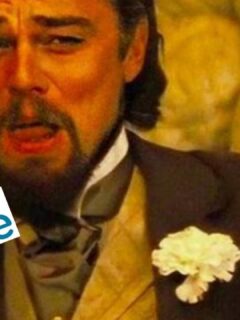 Next
15+ MeWe Memes for Sharing
Comments are closed.