Happy Monkey day and our gift to you are these funny monkey memes. Let’s start monkeying around and get LOLing.

What is Monkey day? It’s an unofficial international holiday that is meant to encourage you to learn something about these crazy primates. Monkey day is celebrated on December 14.

So in addition to sharing funny monkey memes, we will celebrate Monkey day by sharing fun monkey facts – accompanied by funny memes about monkeys.

Monkey Q and A

Let’s look at some common questions about monkeys and dish out some fabulous monkey facts…. all while loling at memes about monkeys.

We are multitasking here on Monkey day!

Now that you have an education in monkey business, we have a few more must share funny monkey memes.

Not my circus not my monkeys – how many other moms have to tell themselves this (especially in 2020!)

When people sing happy birthday to you and you just sit there. Dont we all know this awkward feeling? Dont miss our funny birthday memes.

How many can relate? My face when I miss my alarm.

And next in our on-going funny monkey memes list and monkey facts we bring you this adorable baby monkey.

Thats it folks. There you have it for Monkey day! We bring you funny monkey memes and fascinating monkey facts. 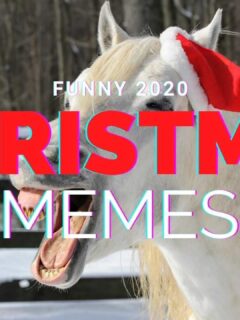 Next
Funny 2020 Christmas Memes - Oh What Fun
Comments are closed.