Funny MeWe Memes – yesterday we LOL’d at the Parler memes, so today is your day MeWe. Let’s show the meme world what we got with some stupid humor in the form of a funny image that is sharable.

If you are hearing a lot about the MeWe social network – or maybe you are even a member. This new social media network is catching all the buzz after the 2020 election. People who are anti-Facebook, hate Facebook or are just tired of ads and spyware are jumping to give MeWe a try.

So with all things popular, you know what we love to do? Yes, we are here for the funny memes and today it’s MEWE memes turn.

Weird people on MeWe who keep following me but I can already tell that they are not someone I want to know where I live.

So which social media network will reign? Is Parler app the new Twitter? Is MeWe social network the new Facebook? Who is making the new Instagram? These hilarious memes are great, but don’t miss our funny quitting Facebook memes – LOLS about those who post about leaving the FB!

When you can’t decide which social media network is a bigger waste of time.

I’d love to know the actual number of people that leave Facebook for good. We see you creepers, keeping your Facebook account just to spy on your friends and get the birthday greetings (see birthday memes.)

Facebook has 2.1 billion users, and MeWe has 10 million users. While yes, MeWE is growing – I am seriously doubting that it will take over the social media mega Lord, Facebook! Zuck won’t let that happen. He will pull out his wallet before then.

Fret not, we are not sharing MeWe memes without a sprinkle of Baby Yoda.

When I realize my friends are never going to leave Facebook.

Me when I see what really in the secret MeWe groups.

Just avoid the secret groups and group invitations to anything suspicious.

A little more social media humor at the expense of MeWe and the other social networks.

I participated in a debate about religion on MeWe. So I searched MeWe’s emojis and there is no God.

P.S. Despite popular belief, all answers cannot be found on MeWe.

So many newbies here on MeWe. Election 2020 is bringing them in.

I have so many profiles on MeWe I can’t think of 2 more names anymore. Now I’m just Dave Dave.

Trolls on MeWe be a thing. Verification to get on this site is nothing. Just spend sometime in a MeWe group and this funny MeWe meme will totally be relatable.

Join me on MeWe and I’ll show you how empty the echo chamber really is.

Expand your circle and find people that aren’t like you. I know, on social media especially it’s hard.

Oh my! This mewe group is for what?

Sweet grandma, get off of there – MeWe can be a dark hole filled with weirdness if you fall too deep!

If you join MeWe you can pretend to be whoever you want to be because no one you know it on it!

I can totally see MeWe being a catfish hangout spot!

There you have it! Over 15 funny MeWe memes for your enjoyment. Feel free to share.

Here are more posts from Digital Mom Blog we think you will enjoy:

Previous
Hate Facebook? Here are 5 Things You Need To Know About The MeWe Social Network 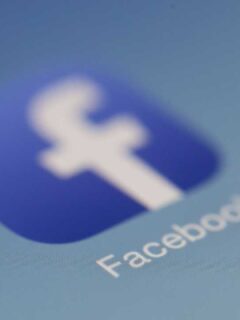