Funny Parler memes because what the world needs now is humor, love and friendly fun.

We talked about what the Parler app and social network is so now we bring Funnythe funny Parler memes!

I’m sure there will be more memes about Parler added to this over time. I mean, if you think about it – once you hit meme status, you know you are doing something right. Here are some funnies – both for the left and the right.

Growing pain problems for this new freedom of speech app include needing an update or Parler is down.

Just like that, well not everyone – but 2 million people have been said to recently join Parler.

You know there would be a Putin Parler meme, right?

One of the big reasons in addition to the 2020 election for growth is the fear of censorship. Many people are jumping to find a less big brother approach to social media. Facebook and Twitter are notorious for their algorithm and censoring content.

That feeling you get when you have an alternative to Facebook and Twitter. Just remember that it is pretty one sided and the conversations are not what you find with family and friends on Facebook.

The decision – do you stay on Facebook and Twitter and be censored or do you leave your family and friends and go to Parler. Read how to download your Facebook data before you quit!

The MAGA crowd is the majority of the Parler population, so of course there are Trump Parler memes.

If this president re-election thing doesn’t work out for Donald Trump, there is always the opportunity to be a spokesman for Parler.

After your friends leave Facebook and realize how much Parler sucks.

So you’re leaving Facebook and going to Parler? Bye Felicia!

Posting all the unfacted political facts because Parler doesn’t censor.

Joining a new social network that doesn’t censor you. Learning that Parler owns everything that you post. (read the fine print!)

Facebook friends posting about Parler – realizing you know who they voted for.

The right isn’t allowed to meme – me on Parler.

So you are leaving Facebook for Parler – well BI DEN.

Whether you are right or left, on Parler or not – let’s just all agree on one thing. The United States needs to be UNITED. If Joe Biden is president or Donald Trump – we need less hate and more love.

2020 has been a year from hell (see 2020 memes) – and while the outcome of this election may not be what you like – or perhaps, you feel like you can feel a sigh of relief, here is one thing I know. Nearly half of the country did not get what they want. Our job is to unite and compromise.

“You always put yourself in the other person’s position, and then also to understand where they’re coming from, whether it’s a major foreign leader or a friend who you have a disagreement with. And it’s also being willing to share credit, give recognition, and share in the benefits as well as in the losses if you’re in an endeavor together.” – Joe Biden

Yes, it’s easy to jump and say BUT THE *INSERT POLITICAL PARTY* DOES NOT COMPROMISE. Give whoever is in office a chance. The last 4 years, Donald Trump had his chance and it looks like Joe Biden is our next president. Let’s keep this country moving, there are HUGE issues to solve.

There is a terrible health and economical crisis happening. Let’s get to work in working together to resolve this so that life can return to normal, so people becoming ill and in some cases (230k and counting) dying.

Soap box off. Let’s move on. And if you need more funny memes – you know I’ve got them.

If you loved these funny memes from Digital Mom blog then how about: 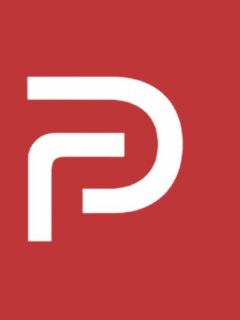 Previous
What is Parler App? Why This Social Media Network is Getting Buzz After Election 2020

Next
Hate Facebook? Here are 5 Things You Need To Know About The MeWe Social Network
Comments are closed.