Have you ever wondered what exactly a QR code is?  This infographic gives a great overview of the basics and history of QR codes: 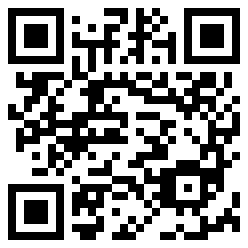 This is the digitalmomblog.com QR code.
I use this on a variety of promotional items such as business cards.

52% of people have heard or seen QR codes.

From Wikipedia on QR code uses

Although initially used to track parts in vehicle manufacturing, QR codes are now (as of 2011) used over a much wider range of applications, including commercial tracking, entertainment and transport ticketing, product marketing and in-store product labeling. Many of these applications target mobile-phone users (via mobile tagging). Users may receive text, add a vCard contact to their device, open a Uniform Resource Identifier (URI), or compose an e-mail or text message after scanning QR codes. They can generate and print their own QR codes for others to scan and use by visiting one of several pay or free QR code-generating sites or apps. Google has a popular API to generate QR codes,[15] and apps for scanning QR codes can be found on nearly all smartphone devices.[16]

QR codes storing addresses and Uniform Resource Locators (URLs) may appear in magazines, on signs, on buses, on business cards, or on almost any object about which users might need information. Users with a camera phone equipped with the correct reader application can scan the image of the QR code to display text, contact information, connect to a wireless network, or open a web page in the telephone’s browser. This act of linking from physical world objects is termed hardlinking or object hyperlinking.

QR codes can be used in Google’s mobile Android operating system via both their own Google Goggles application or 3rd party barcode scanners like ZXing or Kaywa. The browser supports URI redirection, which allows QR codes to send metadata to existing applications on the device. Nokia’s Symbian operating system features a barcode scanner which can read QR codes,[17] while mbarcode[18] is a QR code reader for the Maemo operating system. In the Apple iOS, a QR code reader is not natively included, but more than fifty paid and free apps are available with both scanning capabilities and hard-linking to URI. With BlackBerry devices, the App World application can natively scan QR codes and load any recognized Web URLs on the device’s Web browser. Windows Phone 7.5 is able to scan QR codes through the Bing search app.

In the USA, QR code usage is expanding.[citation needed] During the month of June 2011, according to one study, 14 million mobile users scanned a QR code or a barcode. Some 58% of those users scanned a QR or bar code from their home, while 39% scanned from retail stores; 53% of the 14 million users were men between the ages of 18 and 34.[19]

While the adoption of QR codes in some markets has been slow to begin (particularly in markets such as the United States, where competing standards such as Data Matrix exist), the technology is gaining some traction in the smartphone market. Many Android, Nokia, Blackberry handsets, and the Nintendo 3DS, come with QR code readers installed. QR reader software is available for most mobile platforms. Moreover, there are a number of online QR code generators which enable users to create QR codes for their own needs.

Which OS Scans the most?

How Can I Create a QR Code?

Creating QR codes is mighty simple.  Here are a few resources for creating them: