Minecraft Explained – This game has  taken over our house and this mom doesn’t like it. Yeah yeah, call me a Minecraft hater or what have you. Sure, I haven’t played so who am I to judge, right?

What I do know is that my son who is 7, my daughter who is 9 and my husband who is 36 are all obsessed with Minecraft. As an onlooker this game looks silly – but obviously, I am just not in the cool kids club because the world seems to be playing it. If you are thinking what is the point of Minecraft! This post is for you.

SO what is this a game? software? malware? Minecraft explained, that’s what we are trying to do here. Let’s see what good ol’ Wikipedia has to say about it:

Minecraft is focused on creativity and building, allowing players to build constructions out of textured cubes in a 3D world. Gameplay in its commercial release has two principal modes: Survival, which requires players to acquire resources and maintain their health and hunger; and Creative, where the player has an unlimited supply of resources, the ability to fly, and no health or hunger. A third gameplay mode, named Hardcore, is essentially the same as Survival, but the difficulty is locked on the hardest setting and respawning is disabled, forcing the player to delete his or her world upon death. An outdated Classic version is also available for free, although it is no longer being developed. Creative Minecraft resembles Classic, but with many more features.

uhm. okay, that was super helpful, not. Let’s hear what Minecraft has to say about Mine craft:

Minecraft is a game about placing blocks to build anything you can imagine. At night monsters come out, make sure to build a shelter before that happens.

Minecraft is the New Angry Birds

How Many People Play Minecraft?

Uhm, yep! Looks like we have another Angry Birds on our hands! And this also means the Minecraft creators are RICH and rolling in money!

Is Minecraft Safe for Kids?

My husband and I are very watchful of what our children play online. Before the kids played Mine craft, my husband had already been playing. He was comfortable with them creating their own accounts and playing online. They all 3 play together at the same time the majority of the time.

I have a few friends who I would consider a lot more stricter than myself that have kids that are our age, that play as well.  Our kids are 7 and 9 that play the game. 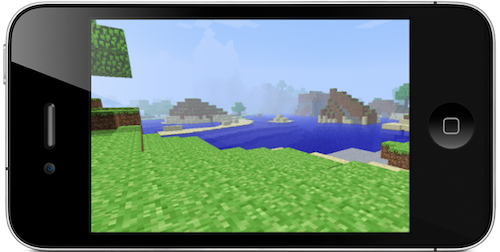 How Can I Play Minecraft?

You can play Minecraft many ways:

We’ve written quite a bit on the subject, view all of our content on All Things Minecraft or here are a few faves:

5 thoughts on “What is Minecraft? Minecraft EXPLAINED.”