Looking for an alternative to Fitbit?  Move over Fitbit – it looks like there is a new app in town that replaces you. Introducing the Moves app for iPhone 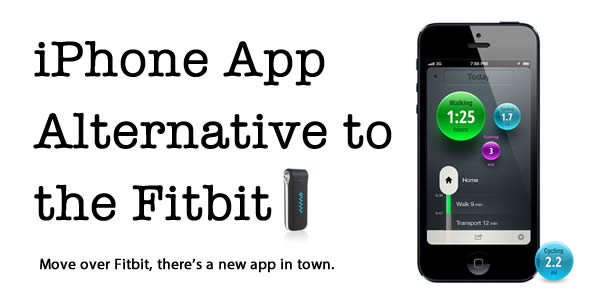 In the fitness world, the Fitbit and Nike Fuelband are all the rage. The Fitbit is a wireless activity tracker that rings in at $99.95. While I have heard rave reviews about this device, I personally haven’t tried it.

With that same idea of tracking your activities, you can use an app as a Fitbit alternative.

About the Fitbit Alternative – Moves App

Meet the Moves app. The new moves app for the iPhone tracks physical activity for everyone else for free and without the need of a pricey gadget.

– Tracks walking, cycling and running. The app also senses when users are in transit. Also uses GPS to identify locations visited
– Neat, simple-to-use interface for tracking with no effort
– No sign-up needed  download the app and start tracking straight away
– Daily and weekly summaries of activity 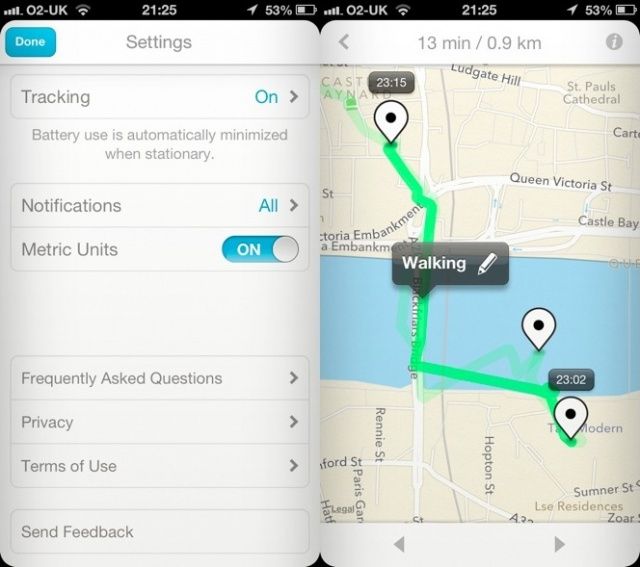 Helsinki, Finland / London, UK, 27 March 2013  Fitness tracking is pretty big business right now. People want to be able to track exactly what exercise theyre doing in the gym, outside or at home. For the fitness fanatics among us, shelling out between £50-£150 for a Fitbit or Nike Fuelband is part and parcel of being a fitness buff, but what about the rest of us? Enter Moves, a free app for the iPhone that allows users to track their physical activity from their pocket without the need for any expensive gadgets.

Getting started couldnt be easier. The app doesnt need users to sign up or input login details so tracking can start straight away. The app tracks walking, cycling, running and steps for stairs also. The app gives you some handy context too by identifying locations users have visited and plot them on the apps activity storyline e.g. work, Starbucks or the gym. Users are kept updated with a daily notification summarizing just how active they have (or havent) been.

Since launching in January and over one million downloads later, Moves users have tracked an impressive amount of activity:

On March 11, users in top 20 countries ran the equivalent of 379 MARATHONS = just over 10,000 MILES which would get you from the UK to Adelaide, Australia

The amount of walking tracked last month by Moves in the UK is more than walking to the moon and back
Moves is designed for users who may frequent the gym less than their friends but would like to know about the activity theyre tracking. Its the must-have download for people leading a busy lifestyle. No effort is needed. The app tracks exercise in the background and sends users a daily notification summarising their Moves. It couldnt be easier.

Fitness tracking has become more and more important for people who are fitness enthusiasts but also the type of person who may not got to the gym or run every day, said Sampo Karjalainen, the man behind Moves. Moves is a must-have download for both types of people. 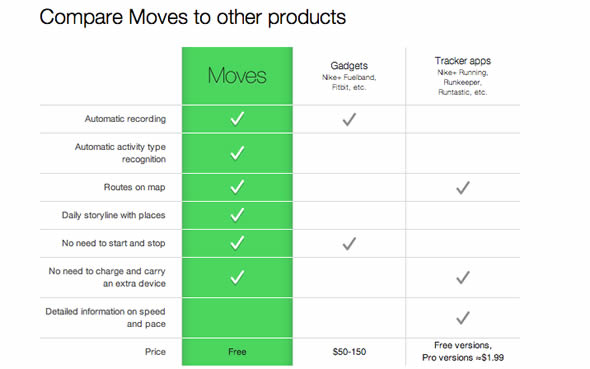 Moves is available to download for free on the App Store