Well, it happened. All of a sudden, the chatters in the back of the car and around the table are about Apex Legend. What is Apex Legend, what happened to Fortnite and why are people calling this the next big thing? Let’s chat – actually, I talked to my 13-year-old son and found out what he knows about this new craze (and did some fact checking to clarify some of his statements.)

As parents, it’s in our best interest to keep up with the latest technology trends, including games that our kids are playing. Apex Legends is the next big thing in the gaming world and if your kid is a Fortnite player, chances are she or he is also playing Apex Legends. We are giving parents a look at what the game is, how many people are playing, about the game, in-game purchases and what they need to know in regards to their kids playing in our Parent’s Guide to Apex Legends.

Let’s start with the basics. 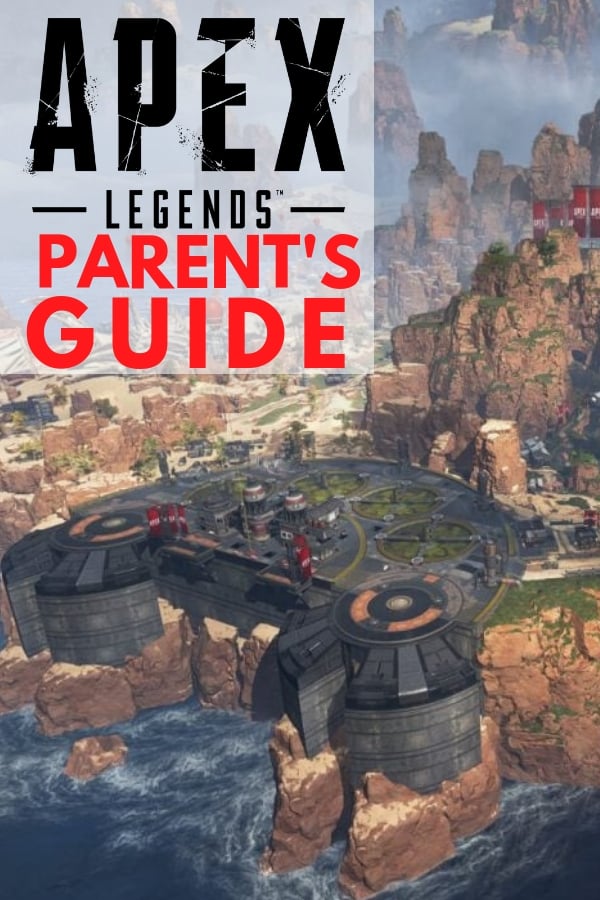 What is Apex Legends?

Apex Legend is the latest gaming craze to hit the market. This is game just dropped on February 4, 2019 – but has already amassed a huge amount of players and is giving Fortnite a run for it’s money in regards to popularity. Let’s look at how many people are playing Apex Legend, what it’s about, how much it costs, where you can play the game and what parents should know about Apex Legends.

Created by Respawn Entertainment (a division of EA Sports) – this game was 2 years in the making. My son describes it as a cross between Fortnite and Call of Duty – but think of it more as a cross between Fortnite and Titanfall 2. As someone who isn’t a regular gamer, just playing for the first time – I immediately thought of Fortnite. (Fortnite was created by Epic Games, not an EA Sports company.)

How Many People are Playing Apex Legends?

The latest announced player count was a week after launch (so 2 weeks ago) and Apex Legends had 25 million players with over 2 million peak concurrent playing!

In perspective to the popular Fortnite game – Apex Legends grew 10 million in 3 days, it took Fortnite over 14 days to reach that status. This just shows how quickly this game rose to popularity.

Here is the premise of the game. Apex Legends ia a battle royale game that is more shooter heavy. It takes place 30 years after the events of Titanfall 2 but definitely resembles a lot of what Fortnite offers.

Legends are pre-defined heroes with unique abilities such as Offense, Defense, Support and Recon.

Players are grouped into squads of three. Each player selects a unique Legend and each match features up to 20 teams competing.

Every team playing starts with no equipment. Teams are flown over the map via dropships from random random directions. Players drop on any spot on the map they can reach. The teams they scour the Apex game map for weapons, ammunition and other equipment – wanting to be the last team standing. This happens with an ever-shrinking safe zone on the map.

How Much Does it Cost

One of the reasons for the success of Fortnite and Apex Legends is the price. Both are FREE to play. The games are supported through microtransactions. These are small purchases that allow players the opportunity to customize their character with things like cosmetic items for Legends, weapons, voice lines and in-game banners. Like Fortnite, micro purchases do not improve game play but do enhance the game.

What are Apex Packs?

New cosmetics can be earned from opening Apex Packs. Apex Packs are Apex versions of loot boxes (Fortnite players will be familiar with these!) The apex packs contain random assortment of awards or spending the in-game currency. You can earn Apex Packs freely as players gain experience levels.

Legend tokes are earned freely by players for playing matches as well as for leveling. The Legend Tokens are used to unlock new Legends and certain cometic items.

Apex coins are like v-bucks. Apex coins are bought with real-world funds and can be used to buy Apex Packs, unlock Legends or purchase specific cosmetics. While Apex battle passes have not yet launched, Apex Coins will most likely be used to purchase these as well.

Where is Apex Legends Available?

Apex Legends can be played on PlayStation® 4, Xbox One, and Origin on PC. Currently, Apex does not support cross-platform play like Fortnite. This means if your kid’s cousin is on the PC and your kid is on Xbox One – they won’t be able to play together. They will need to play on the same platform to be able to play in a squad.

What Parents Should Know About Apex Legends

Here’s the deal with my 13-year-old son. He is honest. I can’t say that about all of my kids (bless, and I know they will be good people but come on with the fibs!) This kid will lay it out and tell me how it is. SO, I asked him – what should parents need to know about Apex Legends.

His first comment was there’s blood and more violence than Fornite. His words, not mine.

Looking more into this – here’s what I have come to the conclusion parents need to know about this game: 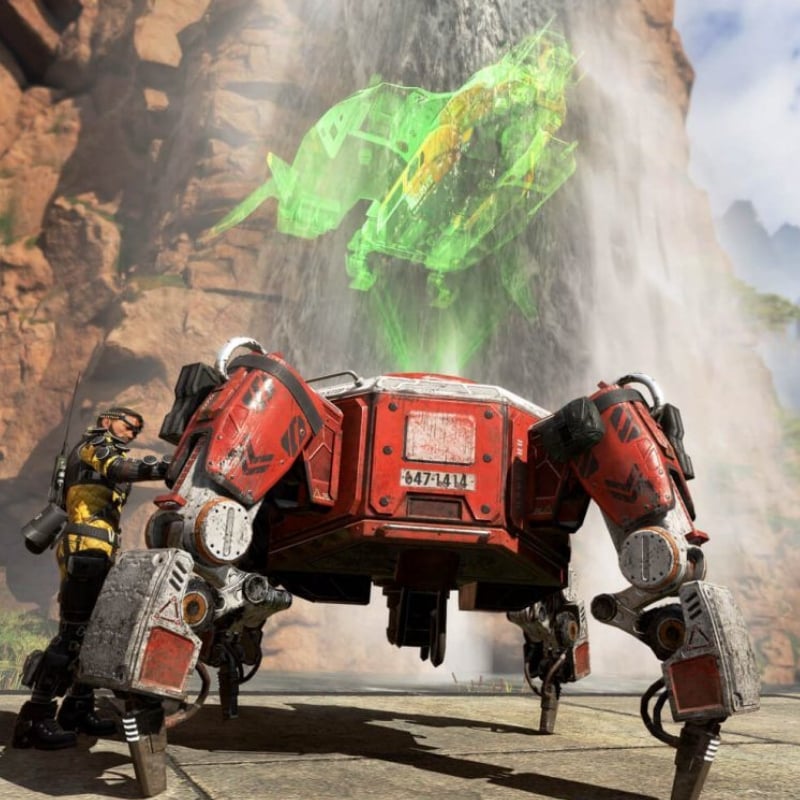 Yes, there is definitely more violence – this is a shooter game. You will not find terrible bloody scenes like you might in Titanfall or Call of Duty – but definitely more extreme than Fortnite.

One of the aspects that my teen loves about Fortnite is the structure building and the silly emotes. This is left out in Apex Legends. Apex features more of a emphasis on teamwork which makes it different than other battle royale games.

In Fortnite, you can solo play. In Apex Legends, you are required to join a squad of three.

Since you have to play in a squad of three, if your kid doesn’t have 2 other players – they will be playing with strangers. And remember, your kid’s friends have to be playing on the same platform in order for them to be able to play together.

Make sure that your kid can handle playing with people they don’t know. 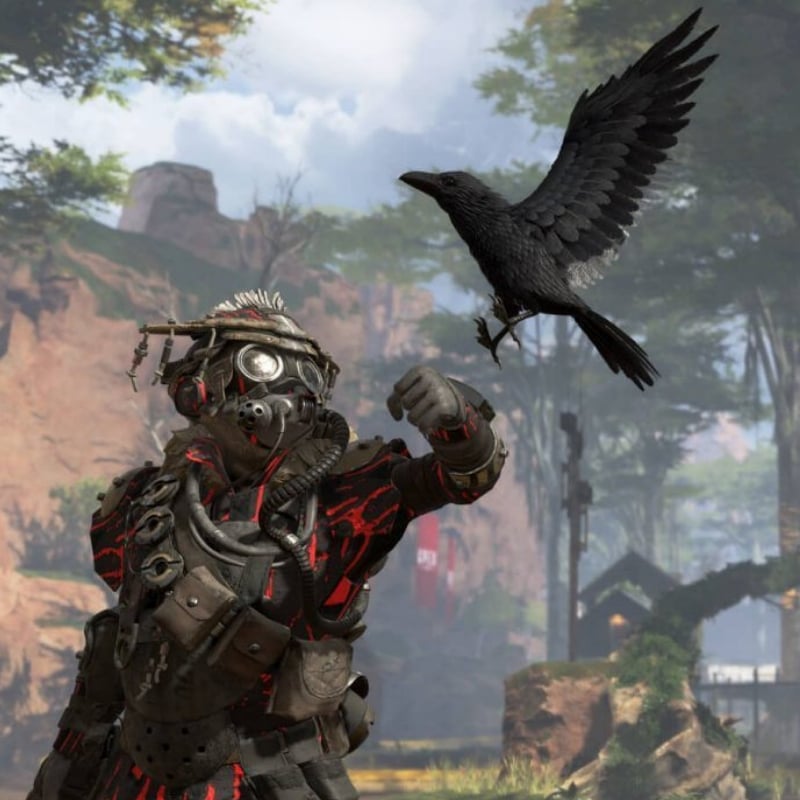 Is Apex Legends Safe for Kids?

We are often asked about how safe a game is for kids. Like every other game, we feel it’s best to lay out all of the facts of the game and for the parents to make a wise decision on if the game is something their child is mature enough to handle.

That said, Apex Legends does come with a TEEN game rating from ESRB. This means it is generally suitable for ages 13 years and up. Here is more on what ESRB says about the game:

Content Descriptors:
Other:
Rating Summary: This is a first-person shooter in which players engage in squad-based battle royale-style combat across a large island. Players search for supplies and use machine guns, rifles, and explosives to shoot and kill enemies as the play area constantly shrinks. Frenetic firefights are accompanied by blood-splatter effects, realistic gunfire, and large explosions. Players can also perform various finishing moves on weakened enemies (e.g., stabbing them with a knife; beating opponents down with fists; electrocuting characters). These attacks are often depicted close-up and/or from the victim’s perspective.

Commonsense Media parents say 10 and up. Again – I feel this is an individual decision and that parents need to make the best choice since they know their kid best.

With the popularity of this game, and the fact here at Digital Mom Blog our goal is to keep parents up to date with technology and geek related things that they need to know – this Parent’s Guide to Apex Legends will continue evolve as we learn more! If there is something we missed that you think other parents need to know, drop a comment below. We want the information we deliver to be as informative as possible so that you as parent’s can make the best decision in regards to what their kids.