This post goes WILD during the Dallas Cowboys season and since writing this several years ago – I felt it was time to update this post for the 2019 Cowboys Season! I’ve rounded up all of your helpful tips for attending a Dallas Cowboys game and included them in this post.

We are sharing everything we have learned so that you can attend a Cowboys football game fully prepared. Learn where to stay, how to park, what to eat, where to tailgate, what to wear, how to get tickets and more!

Our friends at #GoVerizon invited my sister Betsy and I (plus our husbands) to the Dallas Cowboys game. I’ve lived here in the Dallas area all of my life (minus 7 dreadful months in Arkansas), and I had NEVER been to a Cowboys game. What kind of Texan was I! I had no idea what to expect, but woah – being at a Dallas Cowboys game (especially when they are playing the New Orleans’ Saints) is nothing like watching football on TV. I am sure it totally helped that our boys pulled thru and beat the Saints. 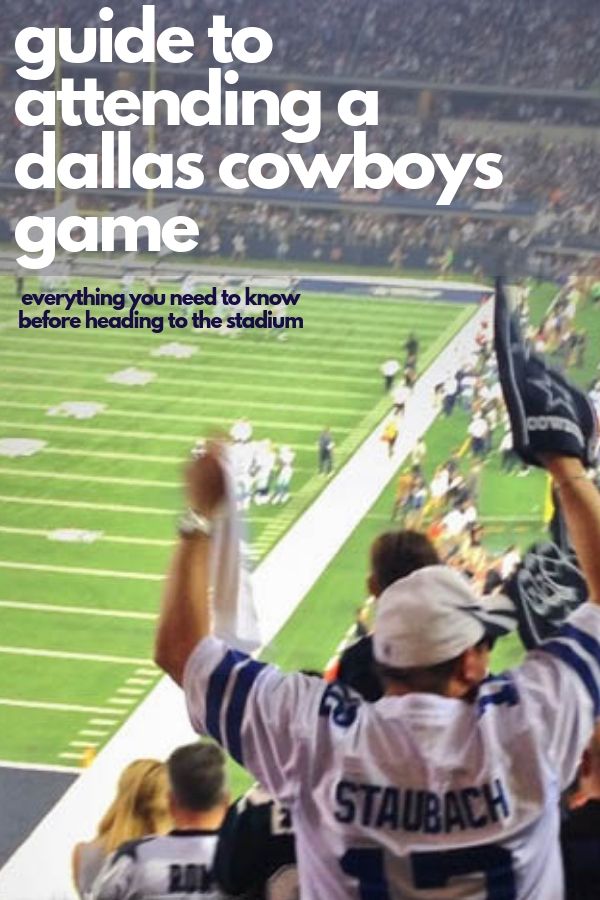 Any who, with all of the fun – I learned several things about going to a Dallas Cowboys game that you need to know!

What to Know Before You Go To a Dallas Cowboys Game

There were so many things that I wish I had known before attending game day, so here we are with a easy to use guide to attending a Dallas Cowboys Football Game!  Here are 5 things to know before you head out to Arlington, TX and the AT&T Stadium.

Uber to the Cowboys Game

We recommend taking an Uber to the Dallas Cowboys game. Also plan on taking the Uber from the Cowboys game. Why? People drive crazy and when you Uber – you can enjoy your beer, the ride, conversation with friends and it’s a lot less stress.

Take Uber To Save Money on Parking

Looking to park at the Cowboys game? Be prepared to shell out the big bucks. This is another reason to Uber! 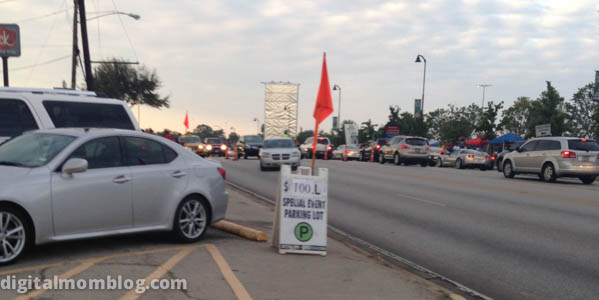 Parking is OUTRAGEOUS at the stadium. Seriously, stores nearby charge $100 to park near the stadium and if you plan on parking in the parking lot – plan on walking. So wear shoes that are walking friendly.

To save money on parking, take a Uber. You will be dropped off right near the stadium. You will be able to drink and get home safely. Believe me, it’s worth the expense – maybe even cheaper.

Get to the Dallas Game Early and Tailgate!

The first half of the Dallas Cowboys season kickoff time is around 3:25 pm when they play a home game. Go to church or whatever your Sunday morning ritual is then head towards Arlington around noon.

Things to Do Before the Cowboys Game

Not sure what to do before the game, we got you covered! First, don’t worry about being bored if you just go straight to the stadium. If you arrive super early and looking for things to do in the Arlington area, here are a few suggestions.

Texas Live is located between the Texas Rangers Stadium and Cowboys Stadium. This entertainment complex is a great place to eat, relax and just enjoy some down time. Texas Live is also a great place to grab a beer and eat. There are a number of restaurants and there is alway something happening!

Want to tailgate before Dallas plays? Here is where we tailgated. Fishbone Bar and Grill for the Bill Bate’s tailgate party.

Read the Rules for Bags and Purses! Plan on bringing a CLEAR bag into the stadium. That’s right ladies, your regular leather purse won’t work – and believe me, you don’t want to have to walk back to the car. Bring a clear bag if you need to bring a bag. Don’t have one? No worries, here are a few Dallas options:

Be on trend and don’t worry about where you left your bag with this clear Cowboys fanny pack. 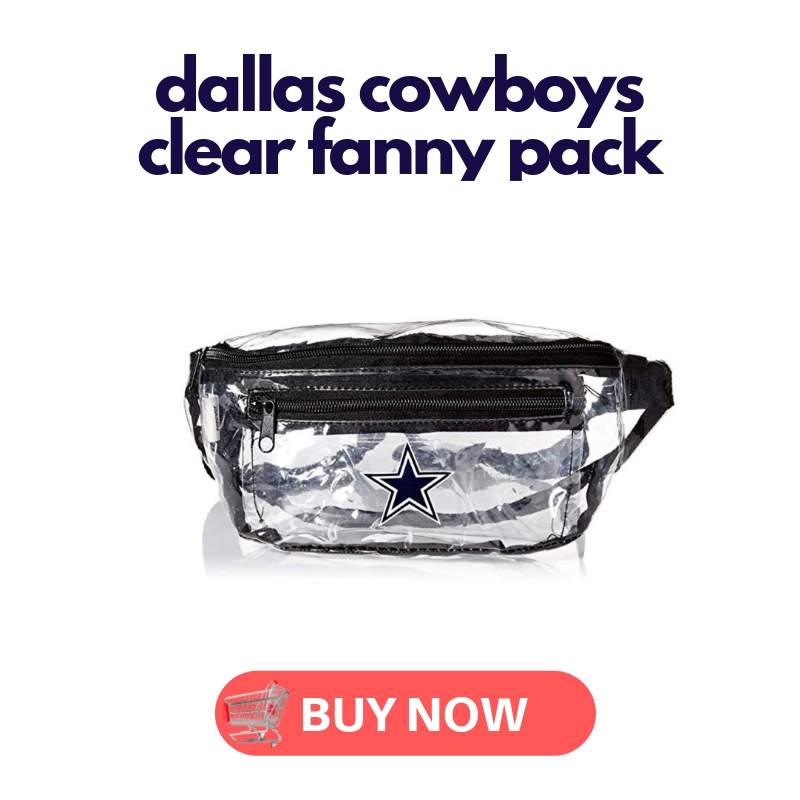 If you are bringing the family and are needing to carry more than your wallet, opt for the clear stadium tote. 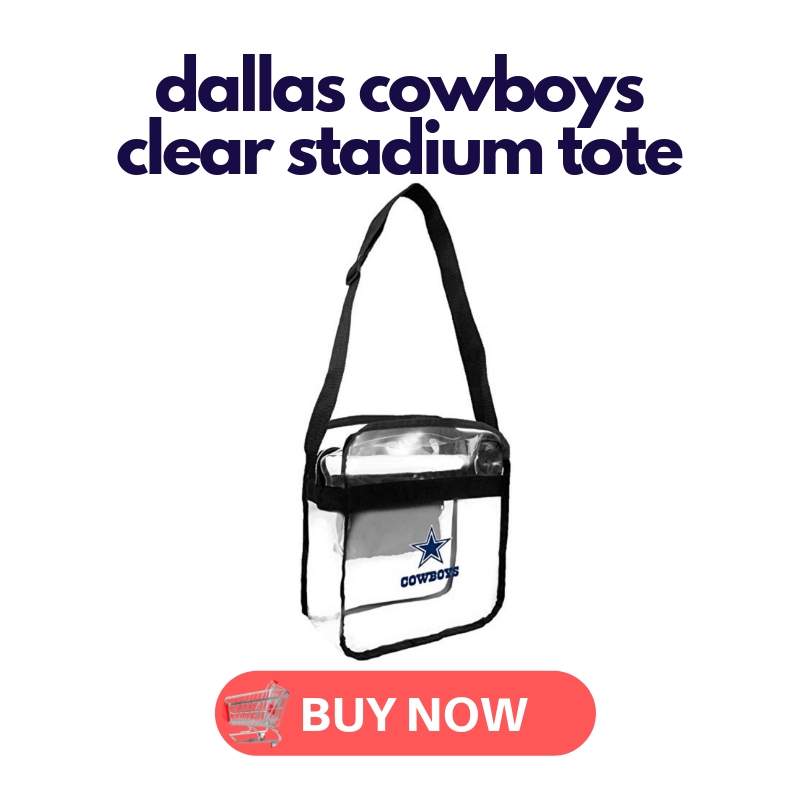 This option is a Dallas Cowboys purse. Featuring a lovely chain, perfect for wearing cross body. 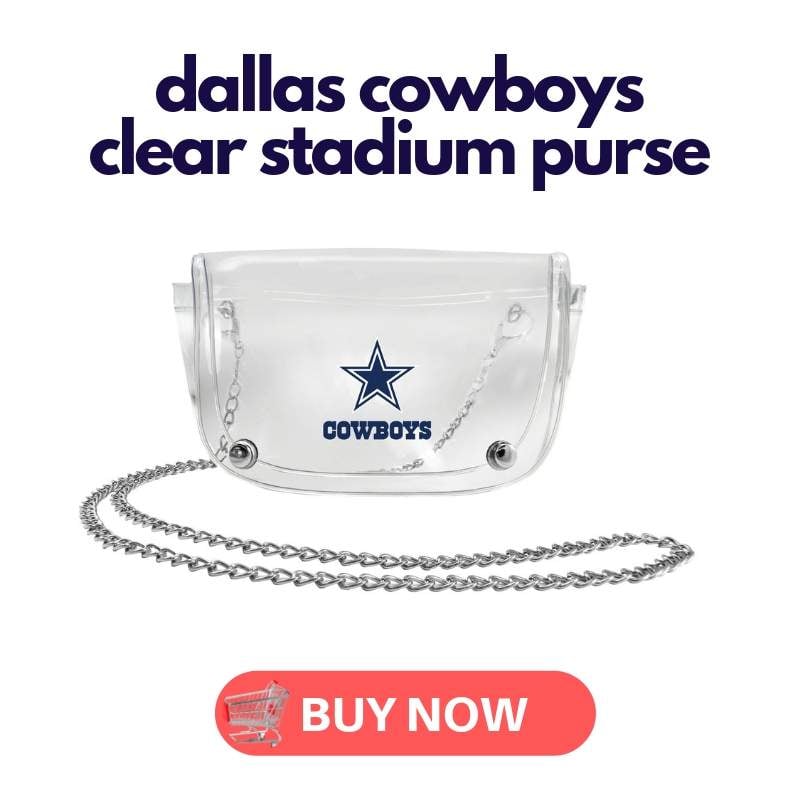 You must have a clear bag for the stadium if you plan on carrying anything bigger than your phone and wallet. Here are the official bag rules:

What Does AT&T Stadium Consider a Small Clutch to Be?

You CAN bring in a small clutch – but make sure to get out your ruler! The clutch has to be no bigger than 5 inches by 8 inches, roughly the size of a piece of notebook paper folded in half.

This applies to ALL events at the stadium, NOT just Dallas Cowboy games!

Where to Stay for a Cowboys Game

Need a hotel near Cowboys stadium? Something to note, did you know Cowboys stadium is actually NOT in Dallas? Weird, right? No worries – it’s not far, just a quick drive over to Arlington, TX will get you a place to stay for the game. 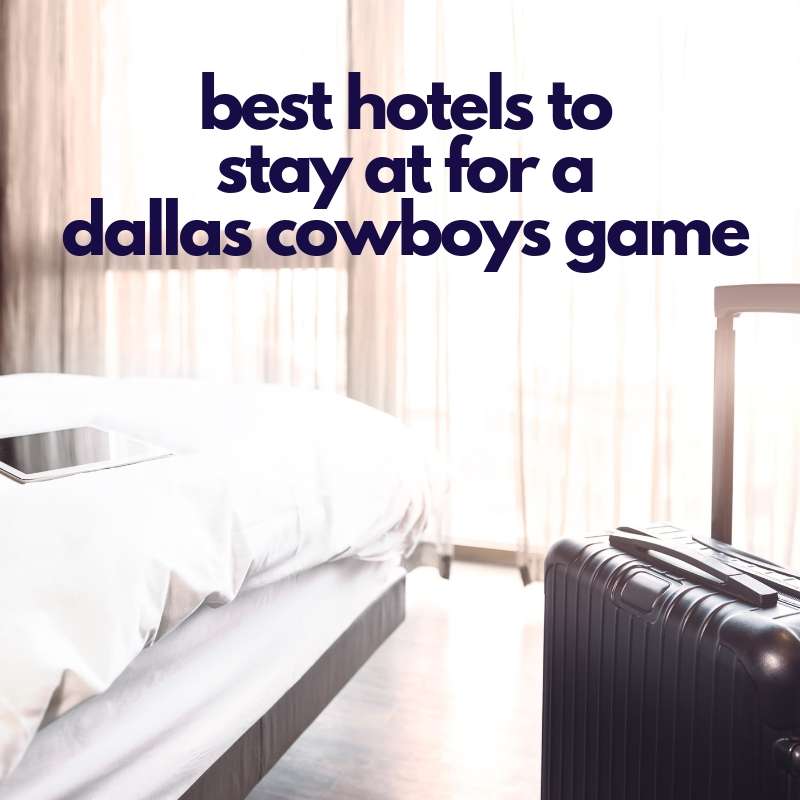 We’ve got the hookup! Here are all the Arlington hotel surrounding the stadium with the hotel room prices.

Find a hotel for the Cowboy game – just click on a hotel to learn more.

What to Wear to a Dallas Cowboys Game

Trying to decide what to wear to the Dallas Cowboys game? Wear your colors PROUD. A Dallas Cowboys jersey or Cowboys shirt is a must. People are hard core about their football teams and Dallas is NO exception.

Make sure that if you are a Dallas Cowboys fan and not wearing a shirt, that you are wearing the Cowboys colors: navy blue, white and gray.

The couple in front of us were in black and this kid kept talking smack to them thinking they were Saints’ fans. Nope – they just didn’t choose their clothing color appropriately.

Here are a few options for Dallas Cowboy attire:

Join in On Social Media #COWBOYSNATION

When at a Cowboys game (or just watching the Dallas game at home on the couch) – join in on the conversation on social media. 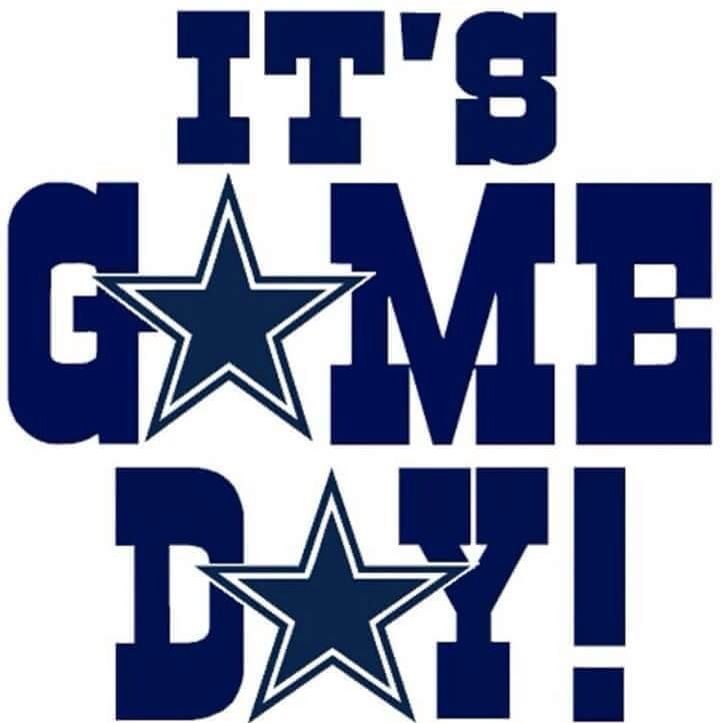 For the best in Dallas Cowboys news, follow #cowboysnation #dallascowboys

Well the Dallas Cowboys game, there is SO much going on it’s hard to keep track. Thankfully social media makes it easier to find out what is going on!!

Also – be ready for the Dallas Cowboy haters. They tend to troll social media.

Here are questions we are frequently asked or Googled for in regards to attending a Cowboys Football game:

What to Do For Dallas Cowboys Game?

Arrive early. Find a ride, uber or be prepared to pay to park (and walk!) Use social media at the game to connect with others. Make sure to wear your Cowboys apparel!

How Much are Souvenirs at a Cowboys Game?

While we don’t have an exact answer – our suggestion – buy your Cowboy Souvenirs ahead of time as everything is marked up. Check our Amazon suggestions above.

How Early Should I Arrive at the Dallas Cowboys Game?

I would make sure to arrive at least an hour early, maybe 90 minutes. There is a lot going on, so you won’t be bored. The stadium is worth walking around, take it all in. The people watching is amazing. Arrive early enough to find parking, your seat, get your beer and nachos and ready to rally the Cowboys to a win!

How do I get Cheap Dallas Cowboys Tickets?

Cowboys fans know all to well that that struggle is real when it comes to scoring discount Dallas cowboys tickets. Your best bet to get Cowboy tickets for cheap is to have a friend with season tickets who will sell them to you for their cost. If your friends are lame and don’t have Dallas Cowboy season tickets, then here are a few other places to find cheap Dallas Cowboy tickets. That said, I am telling you now by saying cheap Cowboy tickets, they aren’t cheap. Hard core fans have to pay the price.

So while the Party Pass tickets will get you into the Cowboys game at a discounted price, wear good shoes because you will be STANDING. That’s right! The party tickets are for standing room only. But hey, if you want to be at the game and don’t want to fork over a mortgage payment, this maybe a great option for you!

If you attend a pre-season game, the Party Pass tickets cost $20 when buying thru the NFL. For a regular season game, you will be paying $35.

I wish I had better news on scoring discount Cowboy tickets! It’s for them boys, right?

If you want all the excitement of the game but don’t want to pay the outrageous ticket price to get into AT&T stadium, head over to Texas Live. During the Dallas Cowboy games, Texas Live is your go-to place to enjoy the show with a few thousand of your closest Cowboy friends! Bonus, there is food galore with multiple bars and restaurants to choose from. With massive screens playing the game during game time, you will save on buying a ticket but still get the excitement of being near.

What Advice Do You Have for Someone Attending a Dallas Cowboys Football Game?