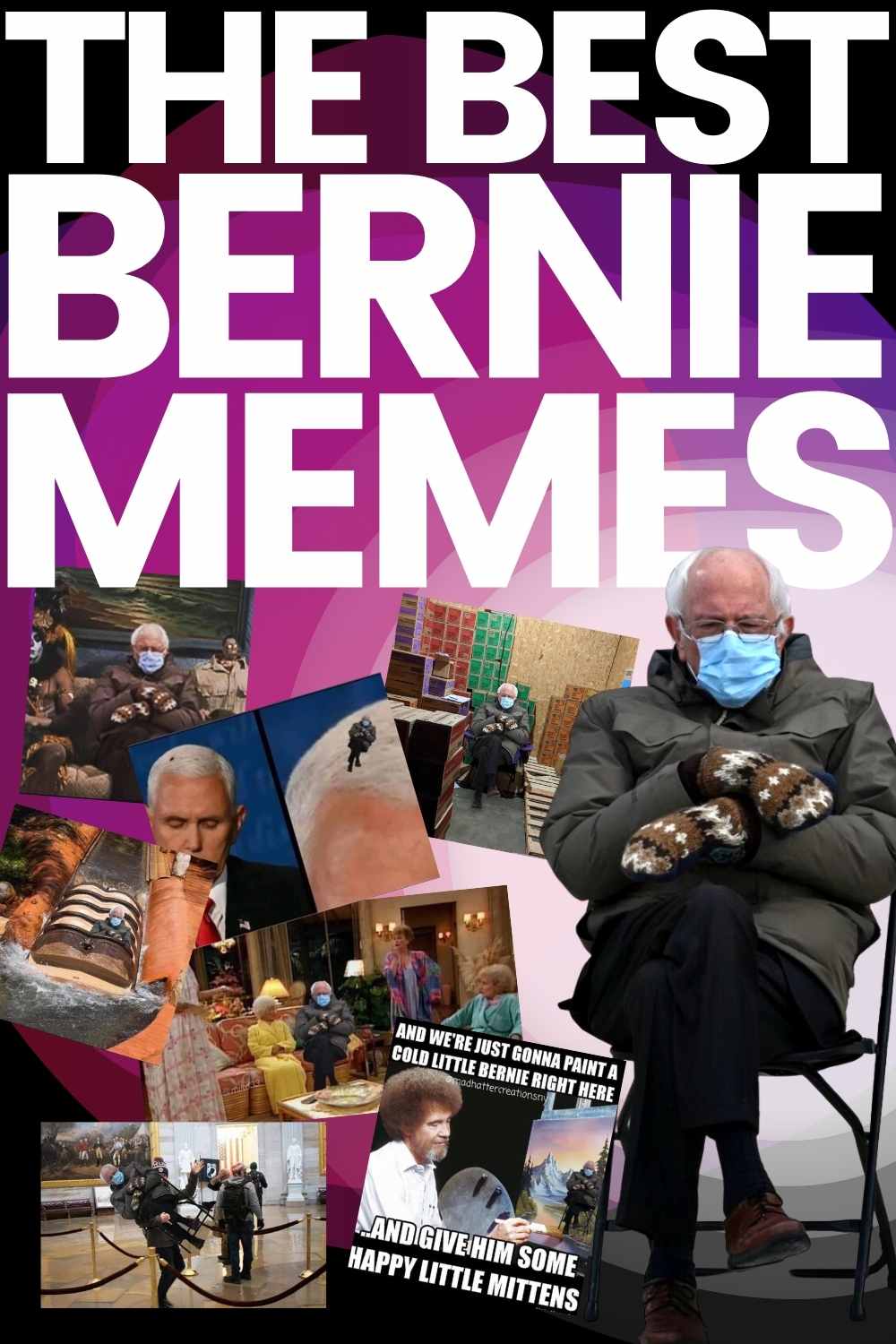 Bernie mitten memes featuring the one and only Bernie Sanders sitting in the cold, socially distanced at the inauguration.

The Beginning of the Bernie Mittens Meme

It all started so simple. There he was. Bernie Sanders, Senator from Vermont attending the inauguration of Joe Biden, 46th President of the United States. Or so he thought. How it began… Bernie mittens chair meme – it’s funny how this whole thing innocently unfolded.

While Bernie is all politics and could care less about fashion, none the less he has become a viral meme by just sitting in the cold, masked in his mittens.

These cold Bernie mitten memes are a viral hit. Since we are all about funny memes, we knew that these had to be shared.

Since our original post, the viral memes about Bernie’s mittens hasn’t stopped. So that means we added more Bernie Sander memes for you!

Oh Bern, sitting there with the shrunken head from Beetlejuice.

It’s been a busy 48 hours. The Bern hit up Disney’s Splash Mountain! Good job with the mask, B!

Who can forget the 2020 debate where what we thought was a fly landed on Mike Pence’s head. Little did we know…

Yes, you too can dream to be a viral meme that just won’t stop because of your simple Inauguration style.

Good news, this idiot from the United States Capitol raid was arrested. And thankfully he didn’t get the Bern!

Bernie and the Golden Girls Meme

I can only imagine what Sophia from the Golden Girls would be telling him. I also imagine that Bernie and Blanche would butt heads.

Bernie in his mittens with his strict 2021 Inauguration agenda. 11:00 Joe’s Thing, sounds just like something that would be on his schedule.

When you need someone to sit at the Girl Scout cookies stand, call in Grandpa Bernie. He is dressed perfect for the occasion.

Here are our favorite picks for BEST Bernie Mitten memes.

On Elaine’s couch, sits Bernie while Jerry and Kramer question his presence

This maybe my favorite Bernie mittens meme. As much as I love Bernie Sanders, he does come off as a grumpy old man. So here sits Bernie, next to the beloved grumpy Muppet man who sits in the balcony.

Sitting in Elliot’s bicycle basket, E.T. has been replaced with Bernie.

The Friends cast is getting back together for a reunion show, might as well thrown Bernie in the mix.

Bernie at the Last Supper

And there Bernie Sanders was. As Abraham Lincoln spoke, Bernie sat there cross legged watching with his mittens on, of course.

Bernie on the Ellen Show

Bernie making an appearance locked outside of Ellen Degeneres’ house. Looks like he didn’t make the cut to be on Ellen show.

Who cares about Waldo, let’s find Bernie Sanders in mittens.

This was shared on our Texas Winter Memes after Sanders was spotted as a Bernie snowman!

J-Lo, Lady Gaga, Garth Brooks all performed at the inauguration, but who gets the most press? Bernie Sanders and his mittens, of course.

How Game of Thrones should have ended. Yes, I agree.

Alright, this was when I realized this mitten meme thing was going to be huge. First, it was the Bern with Forest Gump. But then see Bernie Sanders Ghost gif. I lost it.

Bernie in Ghost with Demi Moore – too much funny.

Here are a few ways that you can make your own Bernie mitten meme!

Download this photo of Bernie Sanders in mittens and place in the graphic of your choice.

This blank Bernie mitten image is a transparent PNG so you will be able to plop him in your photo since the background is already removed.

Make cold Bernie appear wherever with this easy meme maker. Just put in your address, hit submit and your favorite socialist will pop up wherever you want him to!

Story Behind Made Bernie Sanders Mittens

Bernie Sanders became an unintentional meme as he was sitting along, masked in the cold at Biden’s inauguration. Bernie, being the representative from Vermont is use to the cold but those Bernie Sanders mittens have a heart warming story!

Mitten Handmade by a Teacher 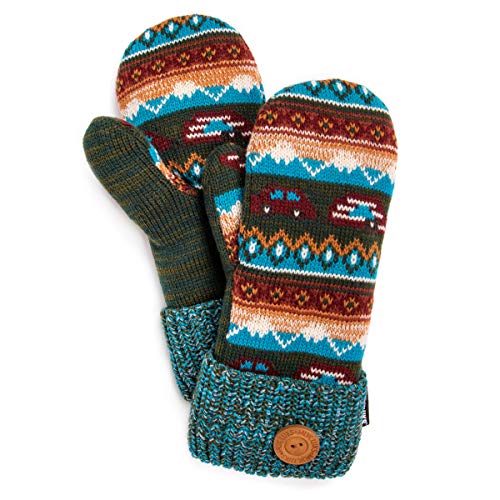 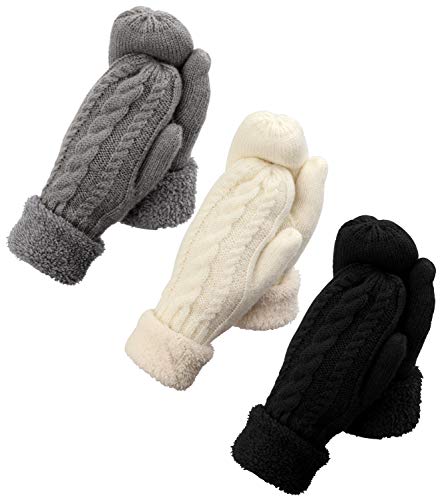 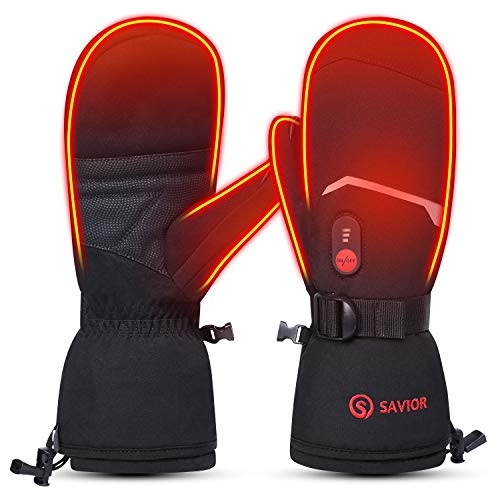 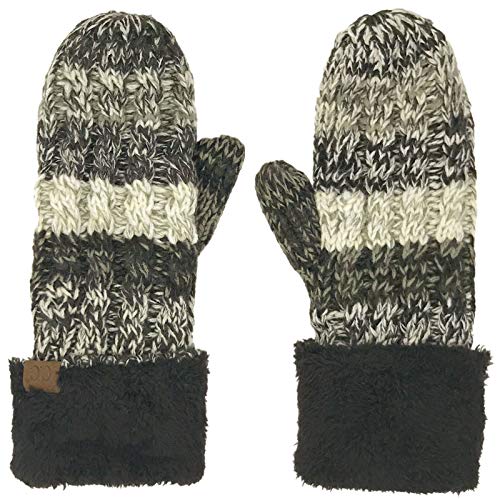 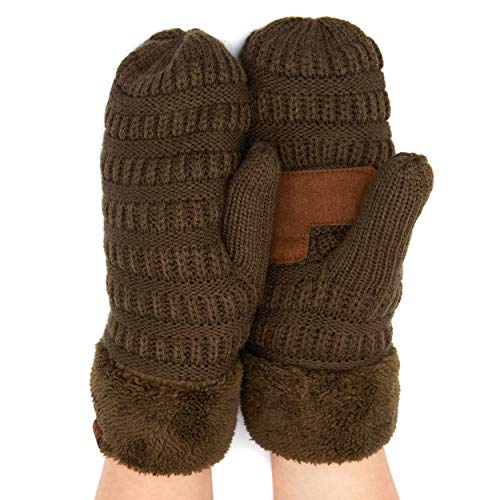 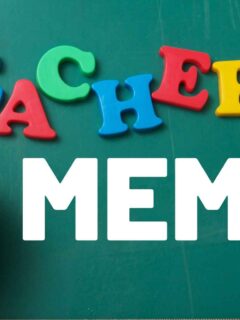 Previous
Best Teachers Be Like Memes - For Our Tired Educators 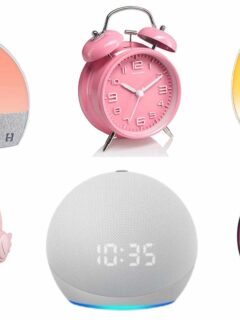 Next
Awesome Kid Alarm Clocks - Help Wake Your Kids Up
Comments are closed.