If you are wonder what is Fortnite – you aren’t alone. Parents everywhere are hearing FORTNITE, seeing weird dances, hearing weird lingo – so of course you might want to know what it is! Let’s get down and dirty with the deets and learn all about the popular Fortnite game.

First, it’s Fortnite not Fortnight. A Fortnight is 2 weeks and Fortnite is an epic survival game that all the kids (and adults) are playing. I have been typing Fortnight, but that’s wrong! Anyways, here is what the game is. 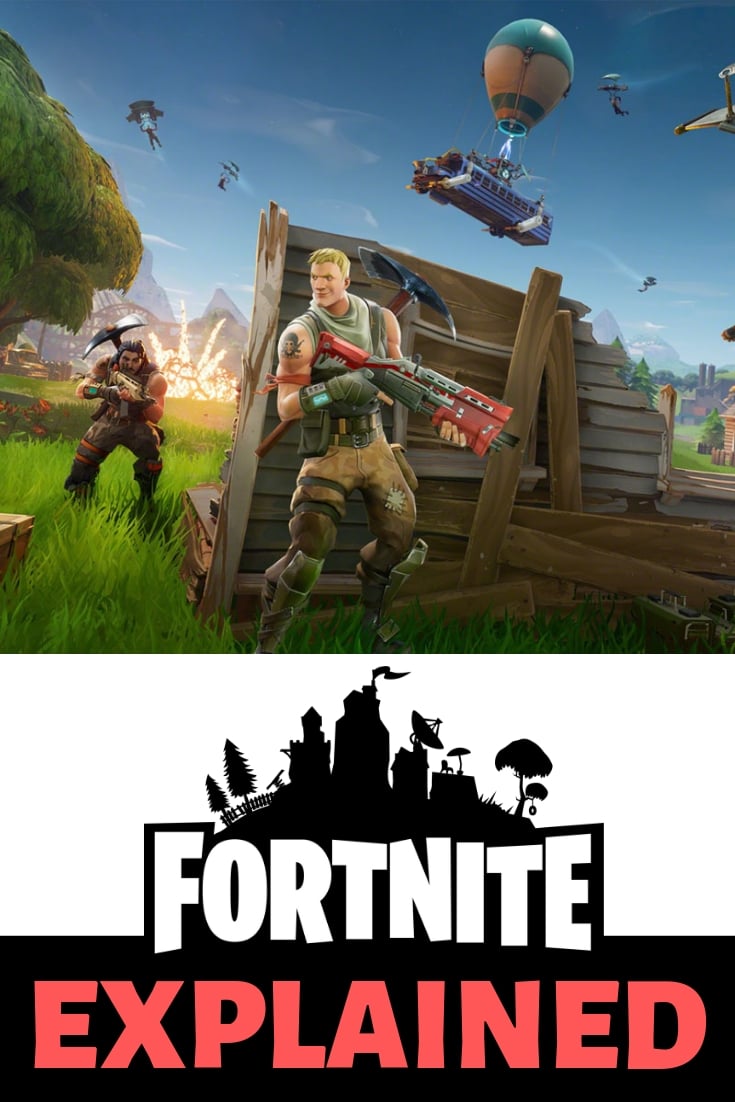 Using strategic thinking, creativity and planning, you work with teammates to defend survivors and objectives from enemy monsters. The game is cartoonish and while there is some violence – the game is not bloody or gory.

Anyways, Fortnite is a game about life after an apocalyptic event “The Storm.”

There are two game modes in the Fortnite game. There is a solo version called Save the World and the popular multiplayer version called Battle Royale.

Battle Royale pits up to 100 players against each other in individual battles or in teams to determine the last player standing.

The game involves players collecting weapons, building structures and avoiding the Storm that damages all plays outside of a safe zone.

In Fortnite Battle Royale, you can purchase items and make yourself look like a creepy character or zombie.

Can You Play By Yourself of With a Team?

There are three modes of play in Battle Royale: Solo, Duo, and Squad.

Solo mode – you drop into the game alone.

Duo mode – you have a partner you drop in with. (This can be friends or randomly matched players.)

Squad mode – you play with a team of four.(This can be friends or randomly matched players.) 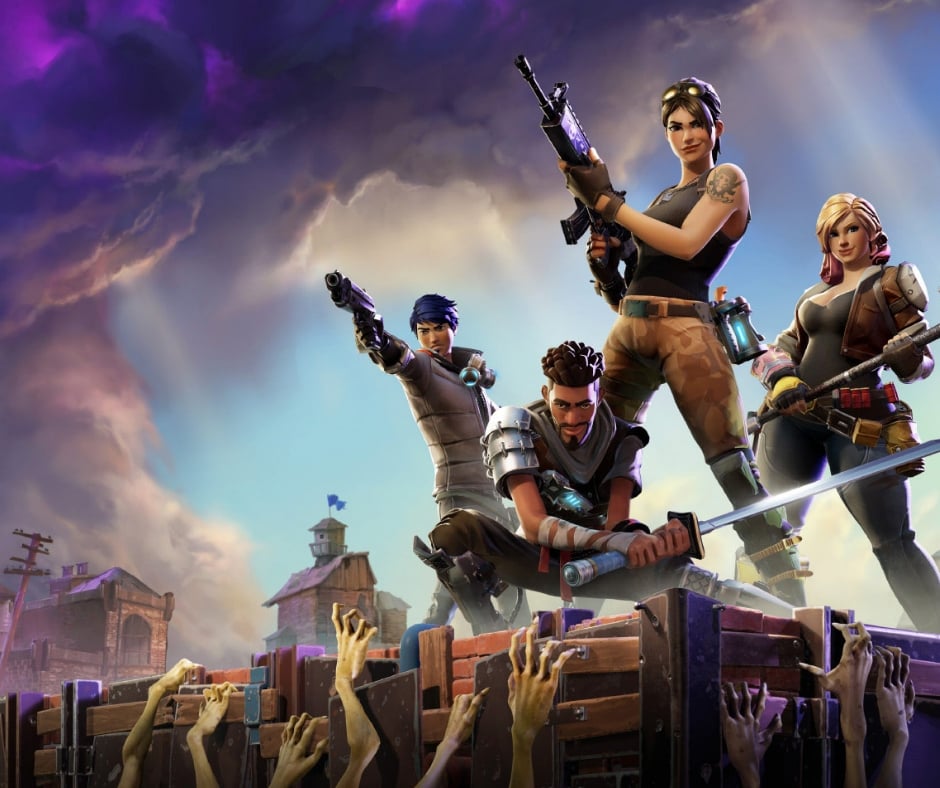 Save the World is the solo game in Fortnite where players are survivors of an apocalyptic storm.

Your job is to take charge of a group of heroes to fight back against The Storm. You guide these heroes to rescue survivors, gather resources, build a refuge from the armies of the undead and more. The premise is that 98% of the world’s population vanishes and is replaced with hordes of zombie-like Husks. In the game, you stumble upon an abandoned high-tech shelter.

These creatures are a bit scary, something to note if you have younger kids playing.

What is a Battle Pass?

A Battle Pass or Season is something you may have heard your kids reference.

Every few months, Fortnite enters a new season. Kind of like our calendar season, well Fortnite has seasons too. Fortnite seasons give you a new opportunities to unlock a variety of rewards. These rewards include new characters, weapon skins, loading screens, emoticons, emotes and even v-buck

This one I am still trying to wrap my head around. Here is what I can tell you about the Battle Pass:

Play to level up your Battle Pass, unlocking over 100 rewards worth over 25,000 V-Bucks (typically takes 75 to 150 hours of play). Level up faster by completing Weekly Challenges to unlock additional rewards like progressive outfits, Pets and exclusive cosmetics.

Yes, each new Fortnite season will COST YOU. Remember those v-bucks? Each season is currently 950 v-bucks (approximately $9.50 USD)

Now there is a Battle Bundle. It will cost you 2800 v-bucks (approximately $28 USD). Battle Bundle includes access to the Battle Pass and instantly unlocks your next 25 tiers, all at a 40% discount.

At the time of writing this post, Fortnite Season 6 – Darkness Rises is now live. 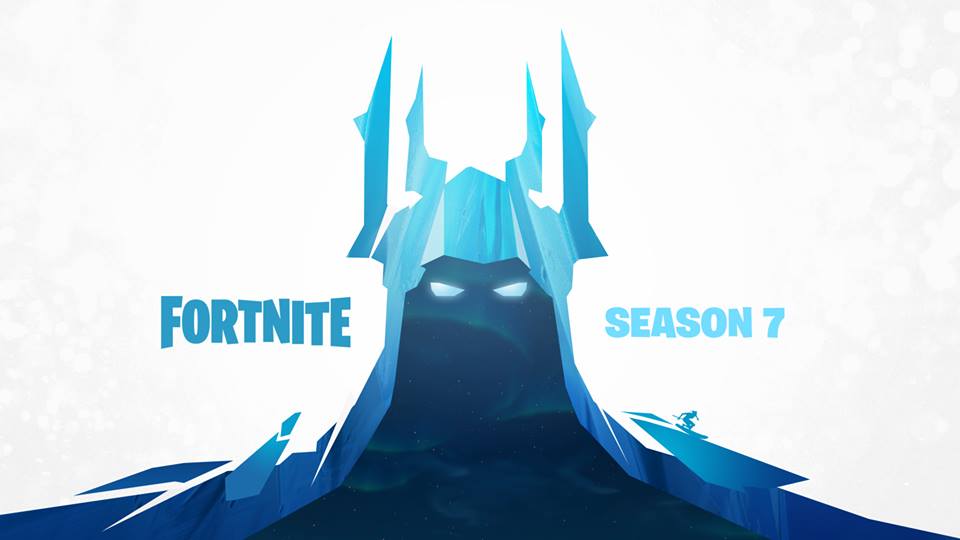 How Much Does the Game Cost

So, how much is this game costing you and where can you play Fortnite? Let’s look at the costs and platforms on this game.

How much does Fortnite cost? Good news, Fornite Battle Royale is free. There are various price points for computer download, app download and console gaming.


With various in-game purchases, though the Battle Royale game is free – you still can rack up some crazy money spending on upgrades, Battle Pass seasons, and more. In-game purchases use v-bucks – Fortnite game currency for all in-game purchases. Read about What are V-Bucks to get all the details on how much they cost, where to buy, where to get Fortnite gift cards and more.

Next, let’s talk game rating. The game rating for Fortnite is T for Teen.

Titles rated T (Teen) have content that may be suitable for ages 13 and older. Titles in this category may contain violence, suggestive themes, crude humor, minimal blood, simulated gambling, and/or infrequent use of strong language. You can learn more about game ratings at esrb.org.

Is there profanity in Fortnite? The game itself does not feature any profanity. Due to its online nature, your child could be exposed to profanity or offensive language from strangers either with the on-screen text chat or with voice chat. Make sure to read below on Fortnite Parenal Controls

The game does not feature blood and gore. There is no blood or bullet hoes. Damage is shown by colored numbers above heads.

What Age is Fornite for?

Parents often want an age to know when a child would be okay playing Fortnite. According to the rating, 13 and older is who the game is rated for. Again, use your own discretion in deciding what is best for your child.

Here are the gaming platforms available for Fortnite.

Return to Fortnite Guide for Parents

How to Setup Fortnite Parental Controls

V-Bucks and How to Buy Fortnite Gift Cards

How to Keep Kids Safe on Fortnite