Twitter Fleets? WTH is a FLEET, I thought it was TWEET! If you’ve had the same thought or question – we’ve got you. Let’s talk about the newest Twitter feature that is getting all the buzz.

Today, Twitter launched a new feature called a FLEET. Yes, that is spelled correctly, we aren’t talking tweets, we are talking fleets and here is what you need to know about this new Twitter feature.

Today, Twitter launched a new feature called a FLEET. Yes, that is spelled correctly, we aren’t talking tweets, we are talking fleets and here is what you need to know about this new Twitter feature.

A fleet is like a tweet, but it disappears in 24 hours and it can’t get retweets, likes or public replies. Fleets are mobile-first but you can also add videos and photos that will disappear after 24 hours as well.

Tweeting is uncomfortable because it feels so public, so permanent, and like there’s so much pressure to rack up Retweets and Likes. That’s why, unfortunately, there are so many 🔥 Tweets left in drafts! To help people feel more comfortable, we’ve been working on a lower pressure way for people to talk about what’s happening.

Because they disappear from view after a day, Fleets helped people feel more comfortable sharing personal and casual thoughts, opinions, and feelings. These are early findings from our tests and we’re excited to learn more about how

Testing out a fleet, I have to say – it’s kind of nice not having to think about people retweeting or replying. Twitter tested out the new Fleet feature in Brazil, Italy, India, and South Korea.

With the test, they learned that Fleets helped people feel more comfortable joining the conversation

How Do I Fleet?

So you have the latest version of the Twitter app downloaded, right? Okay, let’s open up the app and here is how you Fleet:

At the VERY top left you should see a blue circle with a plus sign and a camera.

That is your FLEET button! Click it and you will be taken to a screen where you can fleet.

What You Need to Know Before Fleeting

Remember, this is a NEW feature for Twitter – so expect this whole Fleeting thing to grow with features. That said, there are several things you should know before you start fleeting. Some are concerning.

Here are a few things to know about Fleets:

What the Fleet FAQ

Here are some common questions about Twitter Fleets that we are seeing. We are learning as you are learning about this new Twitter feature!

How long do Fleets last?

As of right now, Fleets are not available in every country – but will shortly be rolling out globally in the coming days.

Why doesn’t my Twitter app have the Fleet feature?

Make sure that your Twitter app is updated. The app updated today (November 17th.) Also, note that if you are not in the United States – this new Twitter feature may not be available in your location. Twitter says that this feature will be available globally soon – so hold on!

On the Twitter app, you can view Twitter Fleets at the top of your screen. See the little heads in a round circle – those are users who have posted fleet(s) in the last 24 hours.

How Will Someone See My Fleet?

Another way that someone will know that you have fleeted is if someone goes to your Twitter profile. Anyone who has fleeted will have a gray circle around their profile photo. When someone clicks on your profile photo, they will get a pop-up box (at the bottom of the screen) that prompts giving 2 options.
1. View Profile Photo
2. View Fleets (click on this to view the fleets!)

Fear not friends, when our favorite Twitter personality goes of a fleet rampage – while these fleets may not be able to be liked, retweeted or publicly replied to – you know these fleets will be screen shot!

While we would love to think that there is a way to say our peace without the public affair – there is always a way someone can find their way around that.

Parler has No Fleets

Last week we talked about the Twitter alternative, Parler. While Parler touts free speech, this Twitter feature is something that Parler doesn’t have.

You can tag accounts that have blocked you (and that you’ve blocked, me and POTUS are mutual blockers) in a “fleet” and the tag will still work to direct your followers to that account.

That is not good. pic.twitter.com/mKb4Fxb3C1

Yet Another Thing for Parent to Think About

Years ago when I first started writing about social media and teens – Twitter was not popular with the teenage crowd. Of course, that has since changed. This is yet another thing for parents to be aware of in regards to social media!

Years ago, I was active on Twitter but in the last few years – not so much. Testing on Twitter Fleets – I do have to say I see the appeal. It could easily be because I LOVE INSTAGRAM STORIES and this is like early days Instagram stories.

Time will tell how Twitter Fleets compares to Twitter Tweets. It will be interesting to see how this develops, for sure. 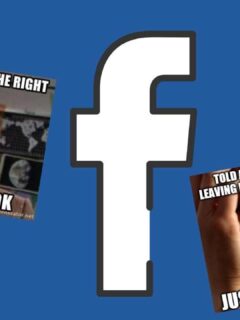 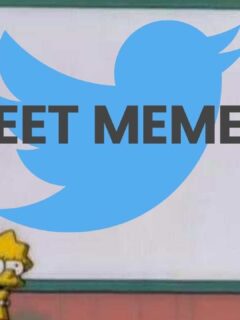