My kids absolutely love Legos, but I do have to say — every time I see their lego creations, I can’t help but think of the pain those things cause to my poor bare feet. It’s inevitable. They love these plastic toys so much and it keeps them quiet for hours. I’ll keep enduring the pain from their lego spills, I just wish the Dyson sucked them up! Wouldn’t that be fabulous? Hello Dyson, did you hear that fabulous idea??

Well, here is one story that could definitely use a Dyson that picked up legos —- a vehicle was going down the Interstate 79 in Harrison County, West Virginia with a collection of Legos strapped to it’s rooftop. Low and behold the Legos come undone causing a massive Lego mess all over the interstate. 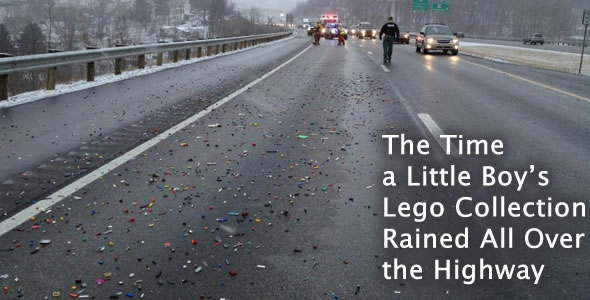 The first indication of trouble appeared on the North Central and Central WV Working Fires Facebook page early Sunday evening, noting reports of LEGO blocks stopping up traffic, and — tongue apparently in cheek — that a fire engine was on scene with area police “trying to make a traffic arrow with the blocks.”

Another report from local Fox affiliate WDTV noted that “Around 5:15 Sunday afternoon, there was a roadway obstruction of LEGO blocks on I-79 around mile marker 117 in Harrison County” and that traffic had dropped to one lane “until crews could clean up the mess.” One commenter on the WDTV report joked:

“I saw this happen. A giant lego man was driving a car made out of legos, lost control, hit the guardrail, and exploded into a thousand pieces. Investigators are trying to reconstruct the scene, and the car.”

By Monday evening, the mother of the child whose LEGOs apparently caused the crisis had arrived to sort things out, writing on the same Facebook page that the LEGOs belonged to her 11-year-old son, that they’d been in tote bags strapped to the top of her SUV and that they went flying when those straps came loose. “[He] cried it seemed like forever but I tried to recover as many as I could cause I don’t have the money to buy him anymore,” she wrote.

In a heartwarming followup, several passersby on Facebook have since reached out to the mother, offering to send along their LEGOs to help her son “rebuild his collection.”

My kids would be screaming for me to pull over, after I pulled over I’m sure they would be grabbing these Legos, like I would if it were money! 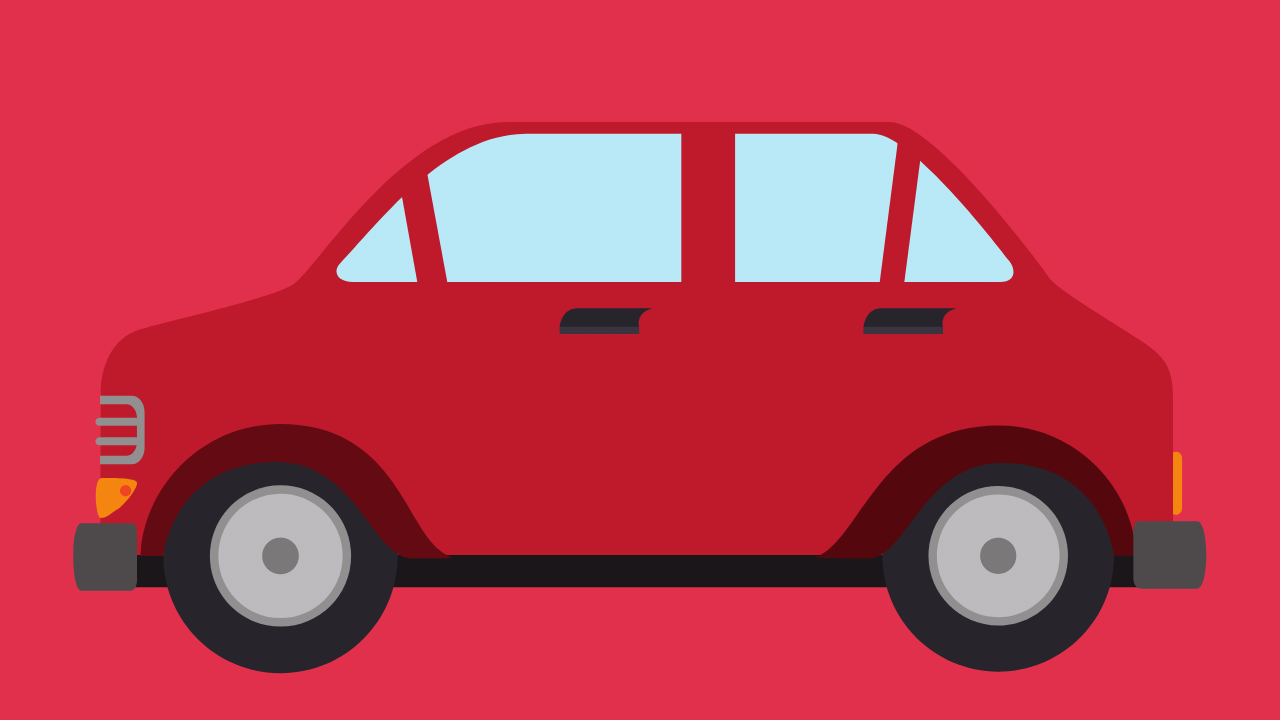 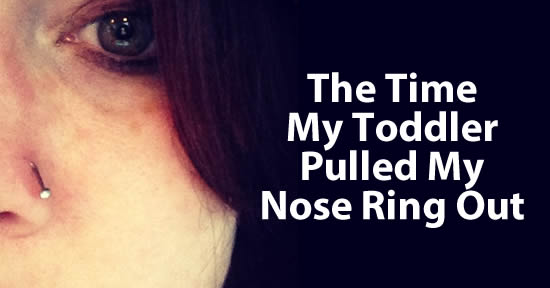 Next
OUCH! My Toddler Accidentally Pulled Out My Nose Ring
Comments are closed.