This past week, Marvel Universe Live was in Dallas and we had the privilege of attending as media to review. If you have little (or big) Marvel fans, you won’t want to miss this event when it comes to your town!

With 4 kids, 3 being boys – the love for ALL THINGS MARVEL runs deep in this house. Last week, we somehow managed to do a covert operation that included our 3 boys, downtown Dallas and them meeting one of their favorite super heroes Spiderman.

One of my favorite things to do as a parent is surprise my kids. We’ve pulled off some epic surprises over the years. We’ve gone to Disney, flew all the way there – they didn’t know until the Disney bus arrived. This past year, we got in the car, again – no idea where we are going. It’s silly little things that build anticipation that just make parenting fun. So when we received the Marvel Universe Live Age of Heroes invite, again, I knew this HAD TO BE A SECRET. 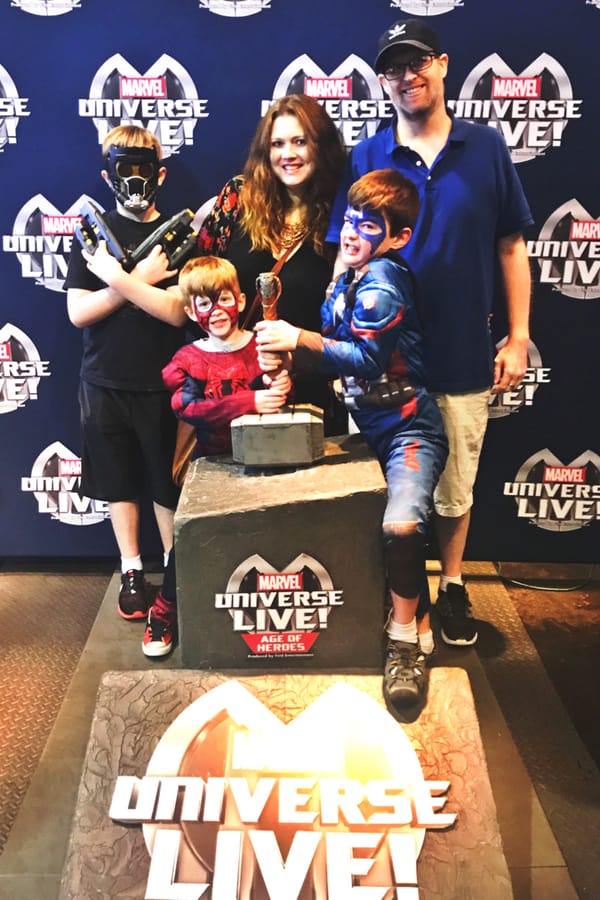 My husband has had a bad year. Well, we all have. I didn’t think he would be able to attend the event. It was his first day back to work, which was going to be stressful enough. Somehow it all worked out – which was super helpful in pulling the surprise off.

We made it downtown, the boys all dressed in the Marvel shirts – this isn’t out of the norm, so no alerts – but what I did do next made them question everything. After pulling into the parking garage at the American Airlines Center and parking – I pulled out the littles Captain America costume and Spiderman costume. “Get dressed, boys!” They were confused, a little mad – my 8-year-old was like – no one else is wearing a costume! But eventually he relented and the costume was put on. 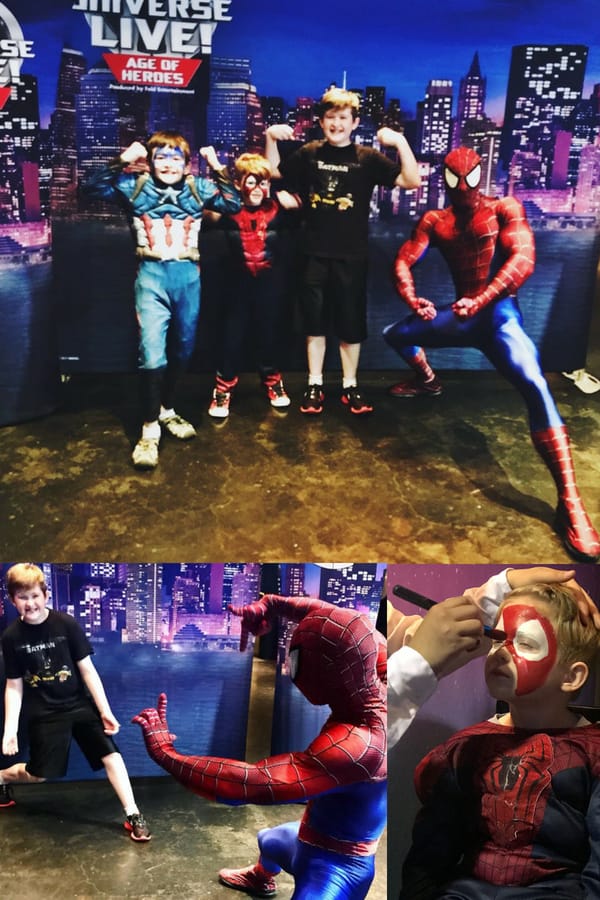 Our PR friends from The Lovell Group that had invited us to the Marvel opening night party. To say the boys were blown away was an understatement. From getting their faces painted to meeting SPIDERMAN – they were in heaven.

And can we take a moment to appreciate this Marvel Cake?

This Marvel cake was on display and to say it was amazing, was an understatement. I will say, my kid kept wanting to touch it. Thankfully I kept his dirty hands away from touching the beauty. It smelled of sugar amazingness. 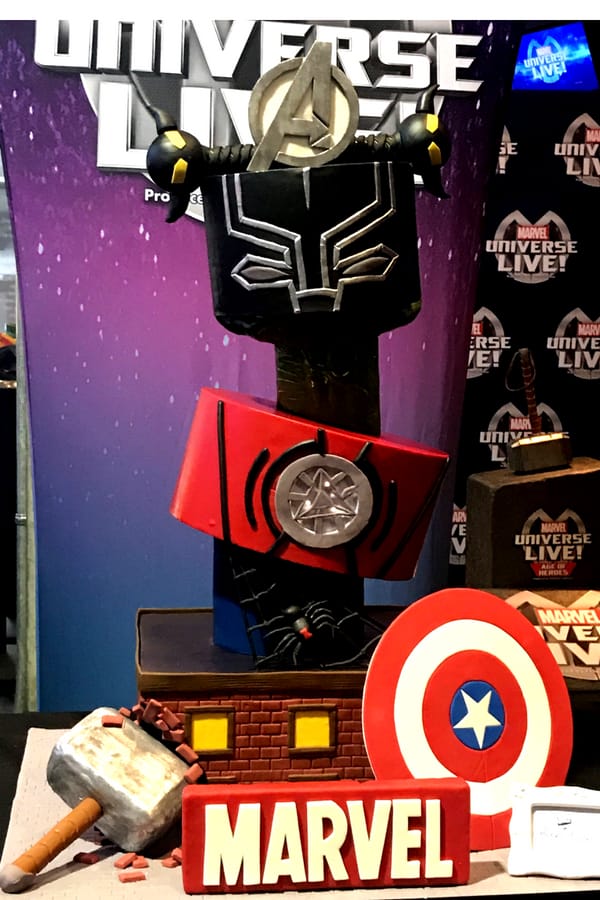 If you are thinking of taking your family – here are some common questions I have about shows, so hopefully these will answer some of your questions and give you a Marvel Universe Live YouTube review of the show.

We recorded a review video to give you a better glimpse into the show. I asked our boys what they thought and you can get a snippet of what the visual effects are!

What Should We Expect at the Show?

I had NO idea what to expect from the Marvel Universe Live Age of Heroes show. Listen, MARVEL and SUPERHEROES – I mean, I knew it would capture my kids’ attention, but the question would it HOLD their attention. The show is wonderfully put together. I worked live events for 16 years. I know what it takes to put on a show and Feld Entertainment did an amazing job orchestrating all of the pieces to make this a enjoyable, non-stop entertaining event. 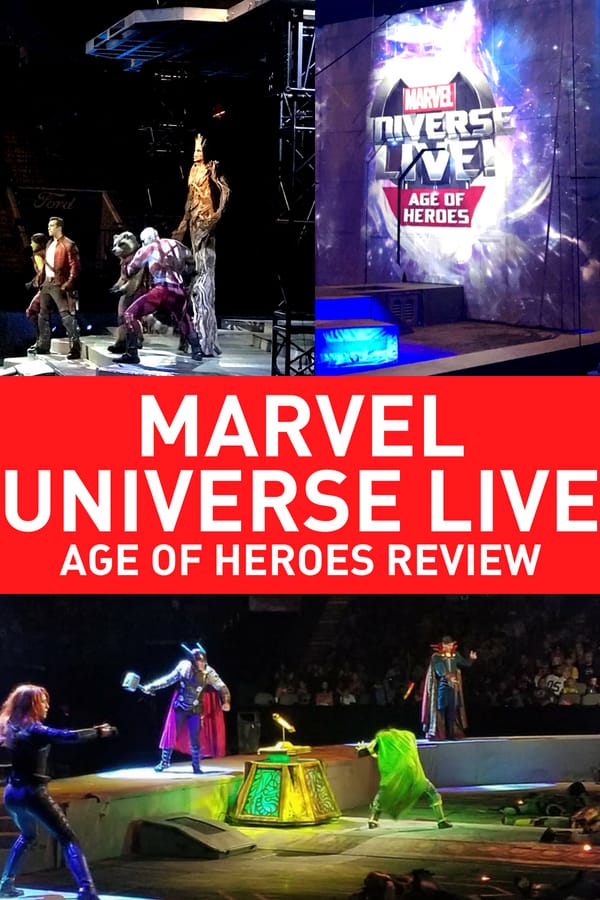 The show follows a storyline. Thru-out the show, there are non-stop special effects, lights, sounds and it’s all tied in with crazy parkour and stunts. Again, THE BOYS LOVED IT!

How Long is the Show?

I want to say Marvel Universe Live was around 90 minutes long. There was an intermission around the 45-minute point which was perfect for a potty break.

The stage is setup to take up the entire floor. There is a LOT going on – everything from super heroes flying in to appearing in various places. With the way the stage is setup, I don’t think you can get a bad seat!

What Ages Are Good for Marvel Universe Live?

Also in attendance was my sister (follow her blog at Dallas Socials.) She had brought my bro-in-law and my 17-month-old nephew, Bryce. Bryce is adorable but let’s face it – he is 17-months-old and in FULL toddler mode. You let the boy down and he TAKES OFF. I sat next to my sister and nephew and he was AMAZING. The first 5-minutes of the show, he was unsure of what was going on. Take it – is is SENSORY overload. With smoke, lights and crazy noises, it was something totally new. That said, after getting acclimated to everything – he was obsessed. It was the cutest thing, he would wave at all the super heroes and blow kisses to them as they came in. Precious. 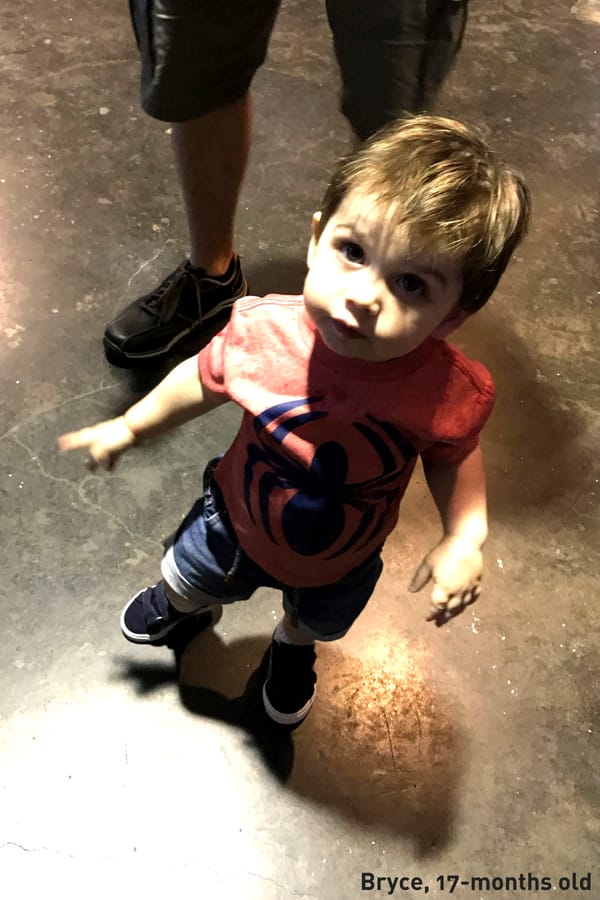 My boys are ages 7, 8 and 13-years-old. Each LOVED it. Even the 13-year-old who usually has his headphones in and is busy on his phone. He didn’t pick up his phone once during the entire show!

We do have a daughter who is 15-years-old. She had a color guard commitment that she had to do or totally would have gone and I know she would have loved it! She is a major Marvel fan.

How Did Our SPD Kid Handle the Event?

There is a LOT of lights and sounds, special effects and what have you. THAT SAID – our 8-year-old does have SPD (sensory processing disorder) and had no problems. There are a LOT of sounds, lights and smells – so did have that Mama Bear moment thinking – oh no, is this going to end badly – but NOPE, he LOVED IT. Like most environments, we make sure he is aware of his surroundings, that he knows where we are and what to expect.

A suggestion a friend gave me, was to keep a pair of headphones in my purse or backpack – to have JUST in case the environment is too much for him. We didn’t have to use headphones.

This morning, our 8-year-old declared he was sad. I asked why – “BECAUSE THE MARVEL SHOW IS OVER.” I love that he said it in this manner like I SHOULD TOTALLY KNOW WHY HE IS SAD. Kid, that was a few days ago – but needless to say, the show is something he really enjoyed.

Learn more about Dallas Shows and Fun Family Things to Do in the Big D!

Disclaimer: We were given free tickets to the show. The opinions stated in this review are ours. 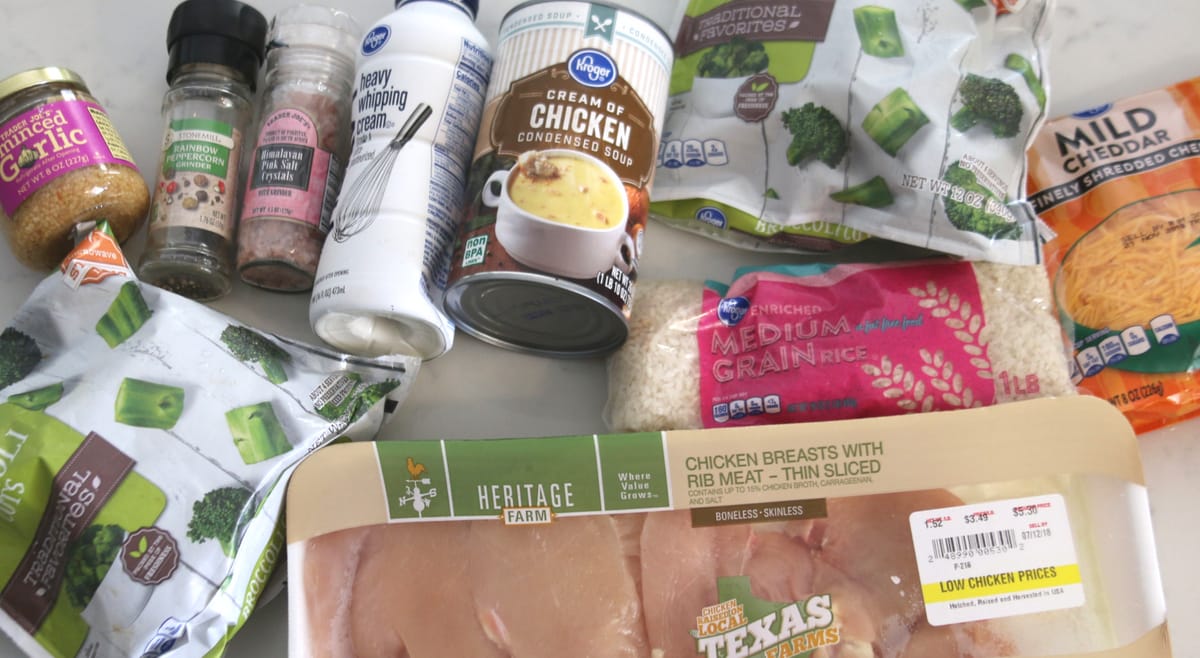 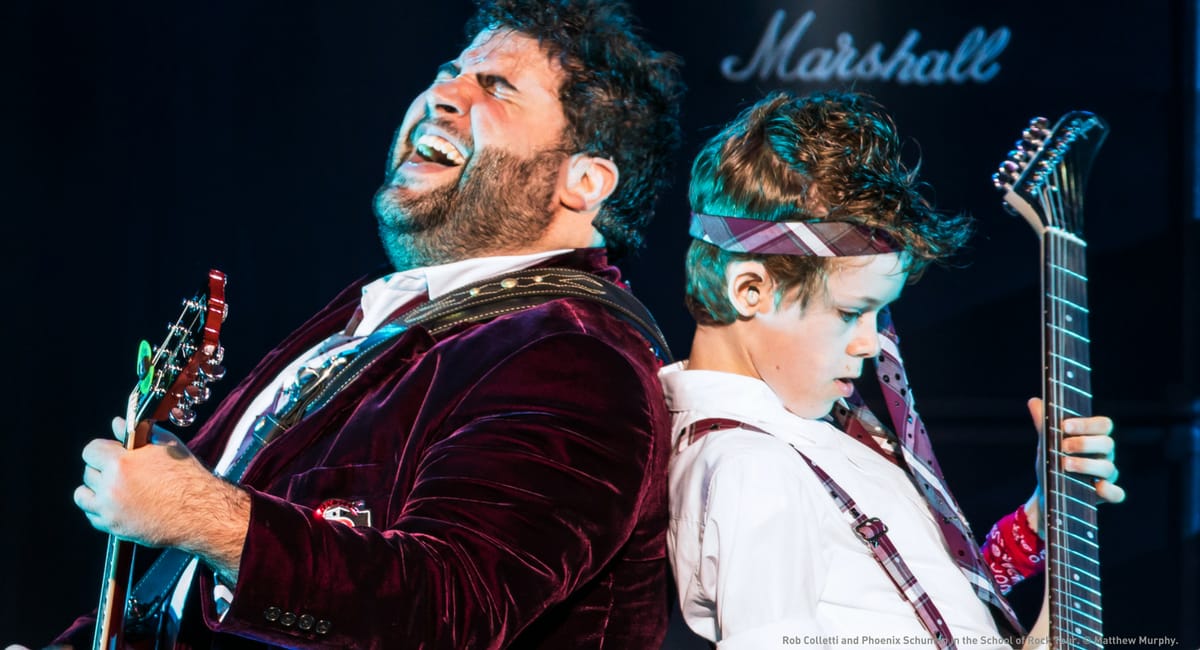 Next
School of Rock is Coming to the Big D - Dallas Musicals 2018
Comments are closed.