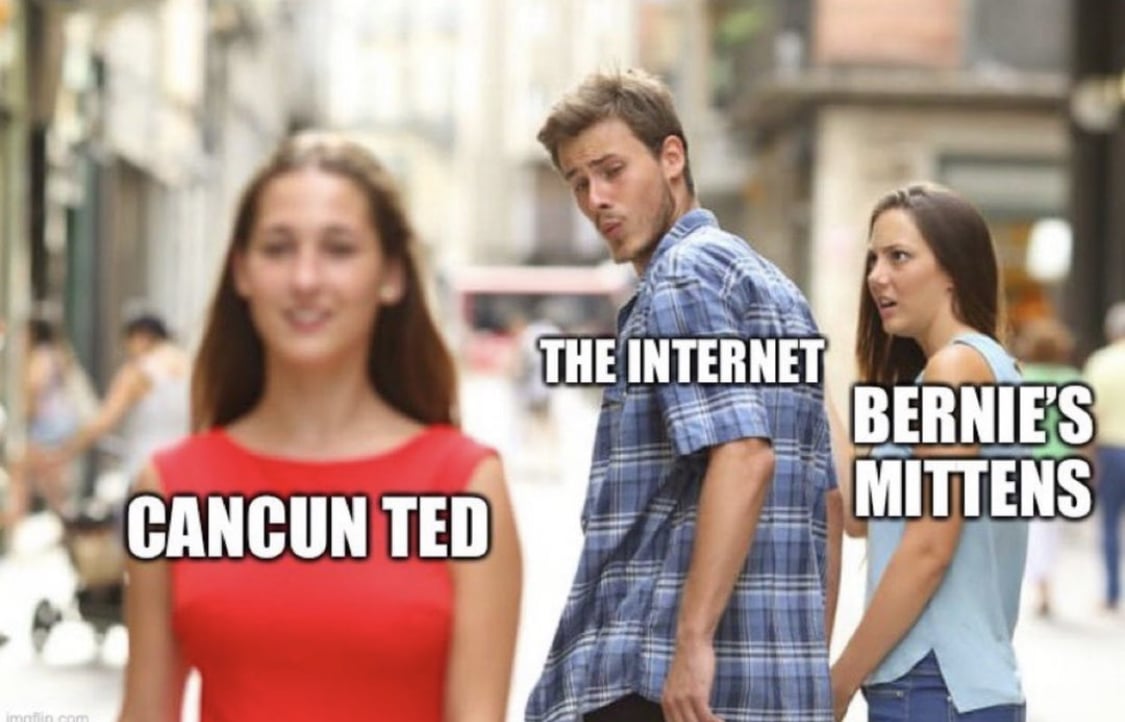 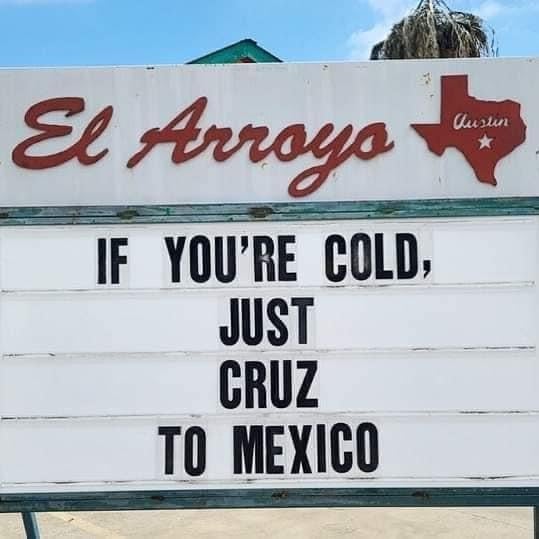 Ted Cruz Cancun memes – Cancun Cruz as they call him. He is the Texas Senator who left his state (my state, too!) while Texas was in crisis. Let this crazy not be forgotten if he decides to run again in 2022.

Last week was HELL in Texas. A cold hell, but hell none the less. It started when temperatures across Texas plummeted to record low numbers. The freeze froze electric power generators that had no winterized their equipment. This led to rolling blackouts, power loss for millions and no water or water issues.

Hey, I am 100% with Ted Cruz on wanting to be in Cancun, Mexico. Who doesn’t love the Ritz Carlton – especially when your electric in power isn’t on and you are receiving warnings that the water may need to be boiled or potentially you may not have water.

Yes, it’s 2020 and we are telecommuting, working from home, remote working – whatever you want to call it. So, sure Ted “work remote” from the Ritz. There is just ONE tiny issue.

YOU ARE A LEADER – you eat least. (Watch the Simon Sinek video)

You don’t leave your team and head out to a vacay, especially when you spent your career calling other politicians out for doing the same thing. You mobilize your donor base, raise money, go out and get your hands dirty doing the hard work for YOUR PEOPLE. If you want to be in leadership, lead.

I’m not even baby stepping on the insurrection and Cruz’ role he played on January 6. I’ll let you read about that one yourself.

Politics Suck – So Does No Electricity

While I don’t like politics nor talking politics – this past week, as I sat in the cold trying to figure out what needed to be done when we got electric for 15 minutes so that my kids were fed and warm, that changed. Read about it in the Texas Power Grid post.

Politics to me is way too Republican or Democrat. I don’t specifically claim either party (or any party at all.) I won’t talk politics all the time here, but this situation just did not sit well with me.

Since the Texas Winter 2021 crisis began, (don’t miss our Texas winter memes) – Beto has stepped up and organized people to check on fellow Texans. Along with AOC, Beto helped raised $5 million (and counting!) for Texas.

What else do you want to know about Ted? Other than in 2022 he should not be re-elected.

Who is Ted Cruz?

Ted Cruz, byname of Rafael Edward Cruz, (born December 22, 1970, Calgary, Alberta, Canada), American politician who was elected to the U.S. Senate in 2012 and began his first term representing Texas in 2013. He sought the Republican Party nomination for president in 2016.

We know that money has power. Who are the Ted Cruz donors? How much does he bring in and who is donating?

Ted Cruz received more money from oil and gas companies in 2018 than any other senator. (source: independent.co.uk) This more than ever with the Texas energy crisis is relevant information.

If Ted Cruz decides to run for re-election in 2022, remember this hypocrisy. Someone who spends his career fighting against helping those in need and distress in other countries, flees his own country when it is in need.