Everything You Want to Know About Dear Evan Hansen

DALLAS, Dear Evan Hansen is coming to town and if you have no idea what I am talking about – keep reading.

Last April, our oldest child – Z, turned 16-years-old. We surprised her with a whirlwind 2 day New York City trip. She had ZERO idea, but when learning where we were headed and that we would be going to a broadway show – all I could hear about for the 3 hour flight was Dear Evan Hansen. She had listened to the soundtrack, read the books – and couldn’t believe we were taking her to NYC and to see Dear Evan Hansen. Get ready for bad news. 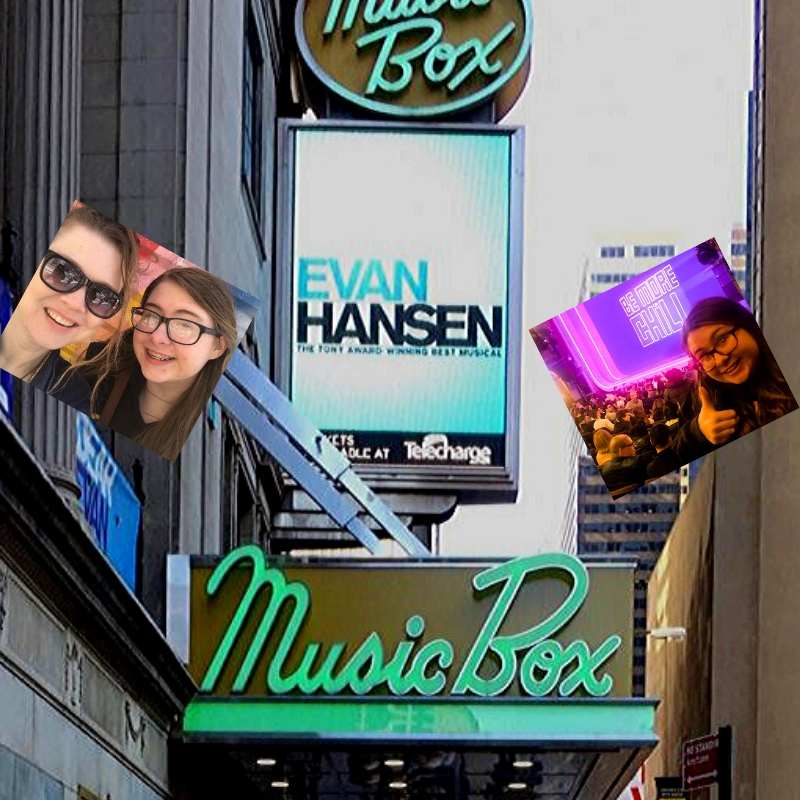 You guys, Dear Evan Hansen tickets in New York City – well, let’s just say we couldn’t get them. Nope, we ended up seeing another show (Be More Chill) that well – was definitely not Dear Evan Hansen.

Fast forward to the summer, she learns that Dear Evan Hansen is coming to Dallas! So of course, the text messages and not-so-subtle hints start dropping. Last night, I surprised her with the news that she was attending the media opening with me. Tears may have happened.

Here is when you can see Dear Evan Hansen in Dallas:

Purchase tickets online at DallasSummerMusicals.org or buy single tickets for Dear Evan Hansen by phone at 800-982-2787. They can also be purchased in person at the Music Hall at Fair Park Box Office Monday through Friday from 10 a.m. to 6 p.m. and Saturday from 10 a.m. to 4 p.m. There is a 8 ticket limit per household.

Dallas Dear Evan Hansen tickets range from $45-$160. If you are seeing them higher than $160 – chances are it’s an individual selling them. 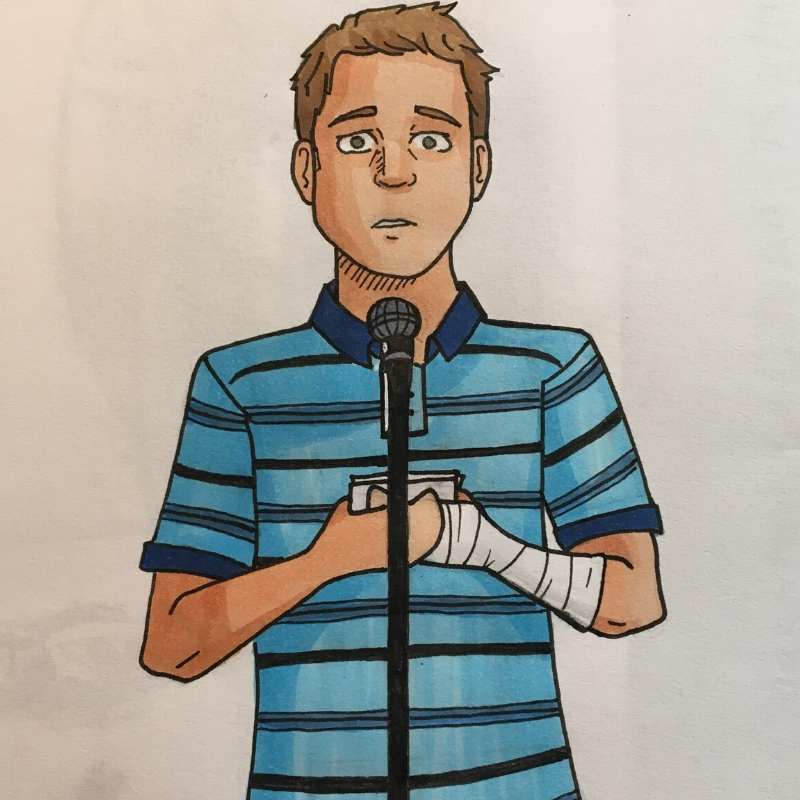 Digital Dear Evan Hansen Lottery – The day of the show, check luckyseat.com/dearevanhansen to enter the digital ticket lottery. This lottery is applicable to all national tour shows, not just Dallas!

If you are a clueless mom like I was and want to know what this whole Dear Evan Hansen is, let’s catch up and look at the plot of Dear Evan Hansen. Let’s find out what all the rage is about this hit broadway musical turned book. While this broadway musical is super popular with the teenage and younger crowd, the show appeals to all ages. Though, I will say – there is some strong content that parents should consider before letting children under 12 years old see the show. 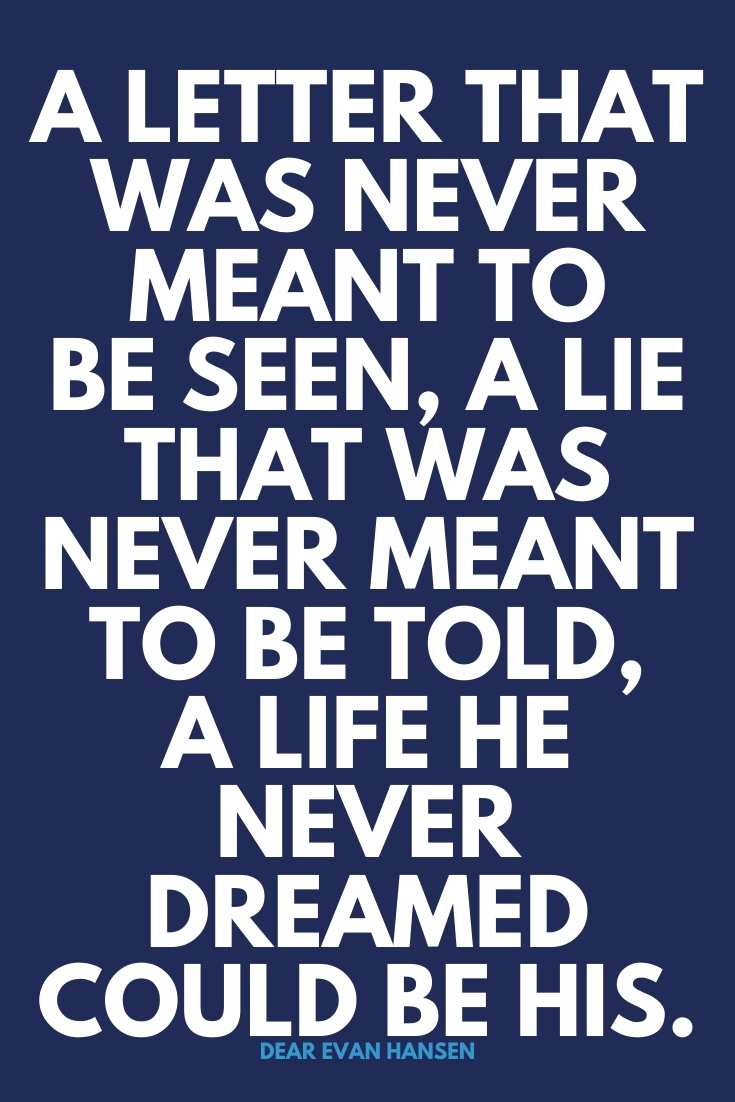 A letter that was never meant to be seen, a lie that was never meant to be told, a life he never dreamed could be his. Evan Hansen is about to get the one thing he’s always wanted: a chance to belong. Deeply personal and profoundly universal, Dear Evan Hansen is a groundbreaking American musical about truth, fiction, and the price we’re willing to pay for the possibility to connect.

All his life, Evan Hansen has felt invisible. But when a tragic event shocks the community and thrusts him into the center of a rapidly evolving controversy, Evan is given the opportunity of a lifetime: the chance to be somebody else.

The show hits home with teens because it’s so relatable. Evan Hansen is a high school senior, being raise by a single mom. He has limited friends and is dealing with social anxiety. After a classmate’s suicide, Evan is given a voice he never new he had, even if its all based on a lie.

Inspired by a real-life event, the show premiered in December 2016. The show addresses tough topics, including suicide. It gives teens the view of what parents are dealing with and parents can remember what it feels like to be a teenager.

Now that we’ve touched on the plot – here are more things to know about the show. 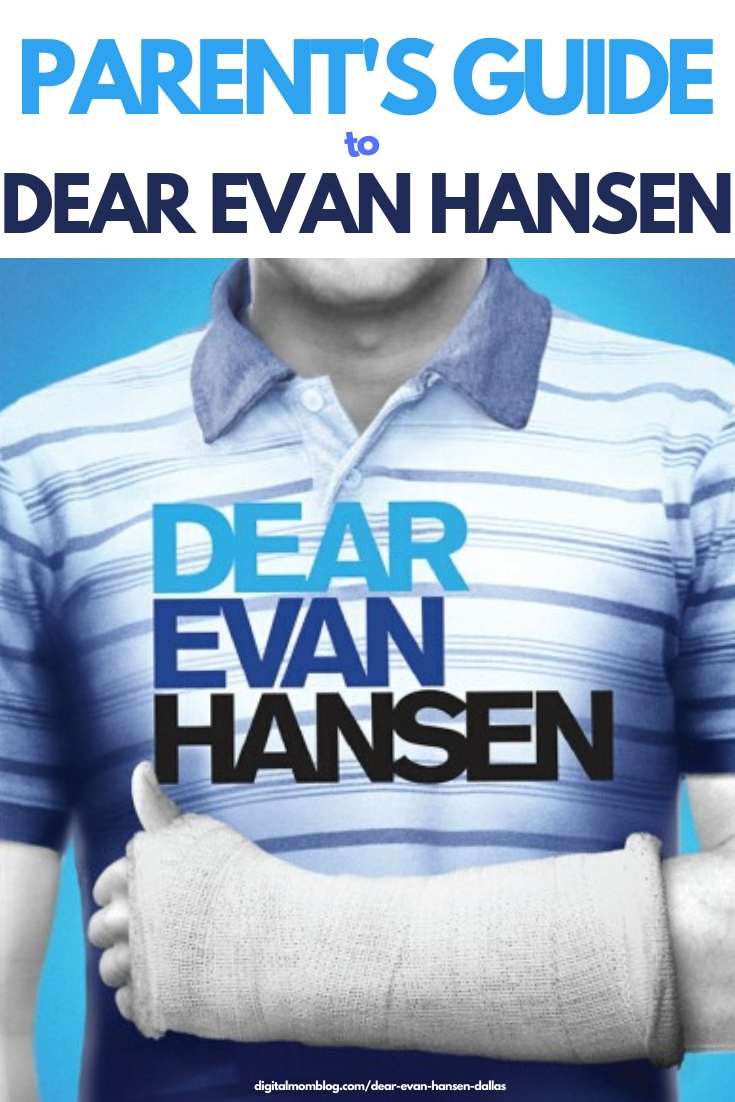 If you have followed Digital Mom Blog for a while – hopefully you know we are very much a you do you type mom blog. Every parent must create their own rules and boundaries but we do give our opinion and thoughts, but you do you!

The subjects of social anxiety, suicide, and overall mental health are present in the musical. Keep this in mind before bringing a young child to the theatre.

How Long is Dear Evan Hansen?

If you are going to the theatre on a school night, you might want to know how long Dear Evan Hansen show is. The show runs approximately 2 hours and 30 minutes with an intermission.

Based on a True Story

Yes! DEH is based on a true story. You can read about what happened to prompt the musical and book here.

In addition to winning six 2017 Tony awards and a 2018 Grammy Award, Dear Evan Hansen has won numerous other awards, including the 2017 Drama League Award for Outstanding Musical Production and for the off-Broadway production, two Obie Awards, a Drama Desk Award, and two Outer Critics Circle Awards and two Helen Hayes Awards. Dear Evan Hansen is also the winner of the Broadway.com Audience Choice Awards three years running, and was just proclaimed the Best Long-Running Show and the Best Touring Production in the 2019 Broadway.com Audience Choice Awards.

Evan feels like an outsider, but the show does not label Evan with any specific medical diagnosis.

MYTH: DEAR EVAN HANSEN is only about mental health and suicide.

While mental health has a prominent place in the story, the show touches on many topics of modern life, including family dynamics, communication in a digital age, the impact of social media and the universal journeyof finding your voice.

MYTH: This show is only for teenagers and young people.

DEAR EVAN HANSEN appeals to audiences of all ages and backgrounds.

I always like to listen to the songs of a broadway musical before seeing it on stage.  You can listen free with a Amazon Music free trial. 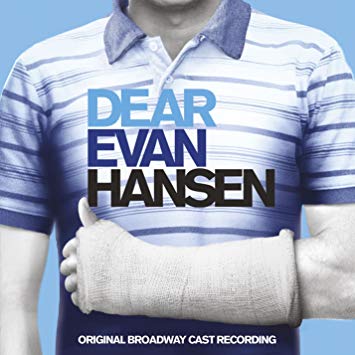 A chart topper. The Grammy Award – winning Original Broadway Cast Recording of DEAR EVAN HANSEN, produced by Atlantic Records, was released in February 2017, making an extraordinary debut on the Billboard 200 and entering the chart at #8 – the highest charting debut position for an original cast album since 1961. A remixed cover of “Waving Through a Window” can also claim a rare first for a Broadway show – as a number one hit on Billboard’s Dance Club chart.

Musical theatre does not get any better than this! Here are Dear Evan Hanson songs on the soundtrack. Get ready to put these tracks on repeat.

Yes, friends – the broadway musical was turned into a book. The Dear Evan Hansen book is from the show’s creators and is inspired by the hit musical. Based on the reviews, there are things in the book that aren’t in the musical. 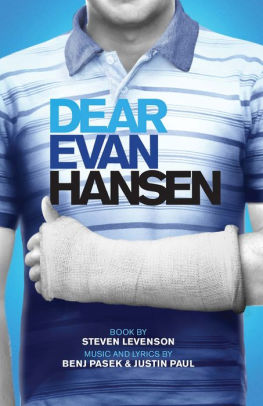 I’m so glad I got this book. I hesitated, as I love the show and got to see it in NYC, but it’s a wonderful addition to the musical. It also stands on its own as a good story. There’s a lot more backstory about Connor especially that adds to the experience and explains his motives. – Mainer

Quotes from the Book 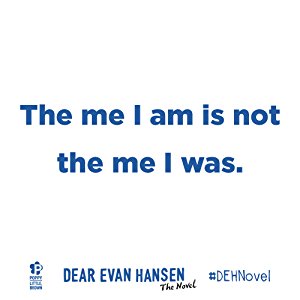 No parent knows what their kid is really up to. We’re all just doing the best we can. 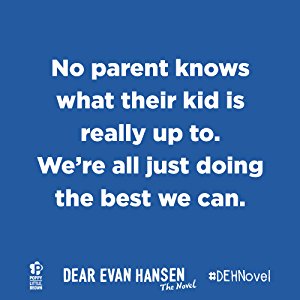 Just be yourself. Yeah. Sure. Okay. 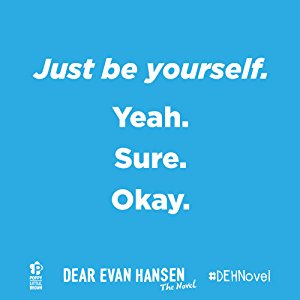 Sometimes you keep wishing for something to happen, and then you stop wishing and that’s when it suddenly happens. 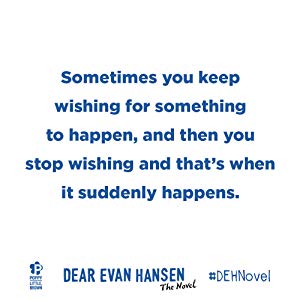 Today is going to be an amazing day. 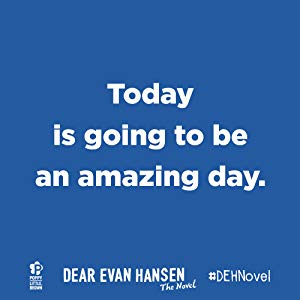 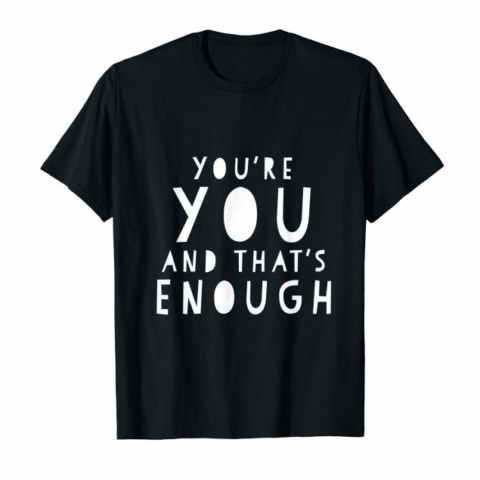 You're You and Thats Enough Shirt

You're YOU and that's enough shirt. A great Dear Evan Hansen quote shirt. 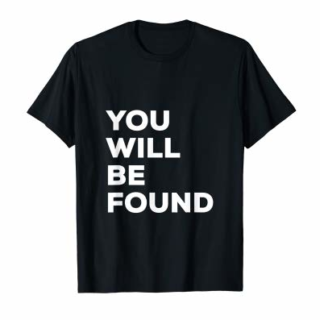 You Will Be Found - Broadway Lover T-Shirt

From the beloved Dear Evan Hansen musical, YOU WILL BE FOUND shirt is the perfect gift for the theatre geek! 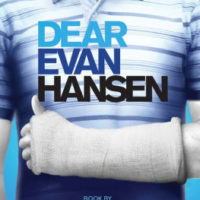 The book based on the award winning musical. Get the story behind the story. 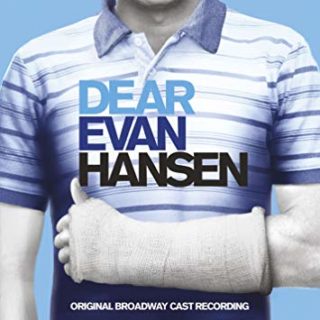 All of the Dear Evan Hansen songs on repeat - buy the soundtrack or stream it from Amazon music. 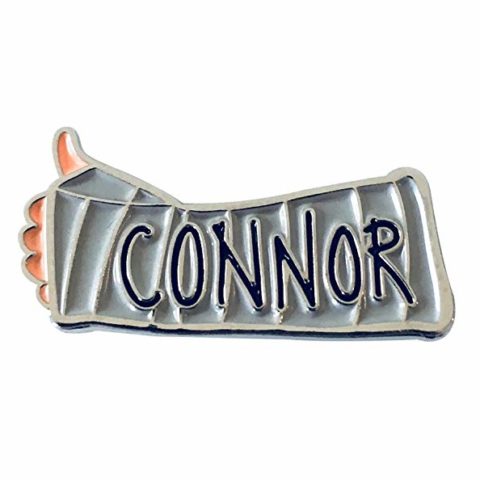 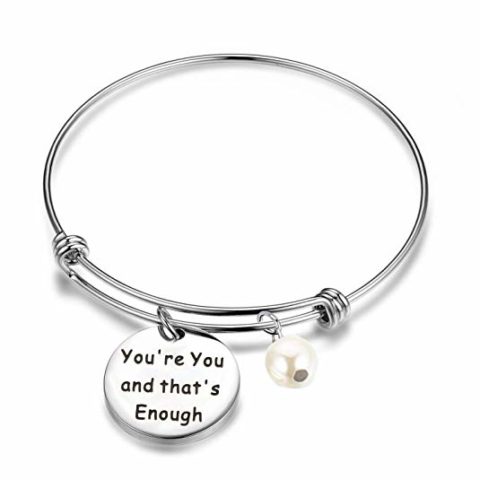 You're You and That's Enough Bracelet

You're you and that's enough. A bracelet inspired by lyrics reminding you to be you. 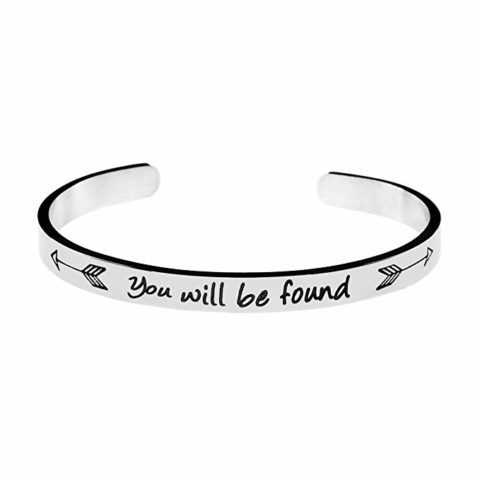 You Will Be Found Bracelet

You will be found lyric bracelet.

Here are Dear Evan Hansen reviews and related posts to help you learn more about the show:

“…the intensity of Evan Hansen is in an old-school interactive experience in which you show up in person and sit very close to whomever you came with. If you’re there with your child, you can sense the way he or she is reacting to what’s happening on stage. Your kid will know when you hold your breath, or let a sob slip out. It’s a visceral exchange, one that feels primal and rare.”–Susanna Schrobsdorff, TIME

“One of the most remarkable shows in musical theater history.”–Peter Marks,The Washington Post

If you or someone you know needs help, call 1-800-273-8255 for the National Suicide Prevention Lifeline. You can also text HELLO to 741-741 for free, 24-hour support from the Crisis Text Line. Outside of the U.S., please visit the International Association for Suicide Prevention for a database of resources. 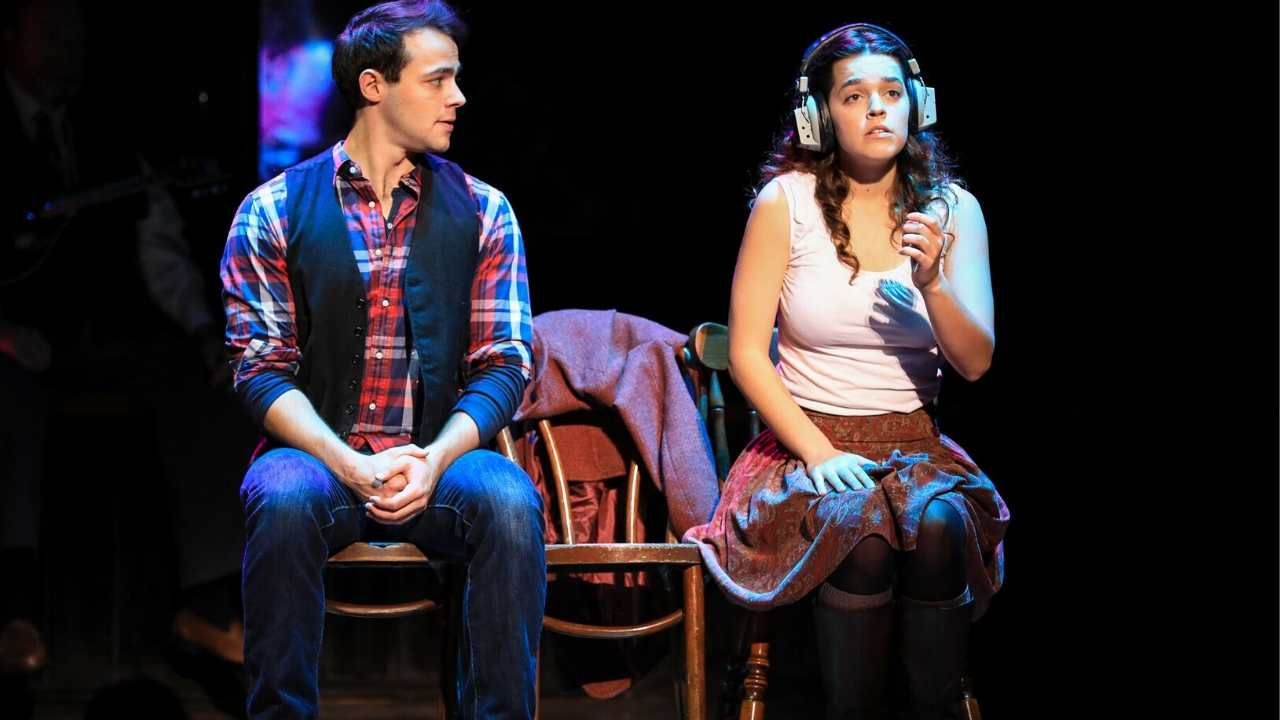 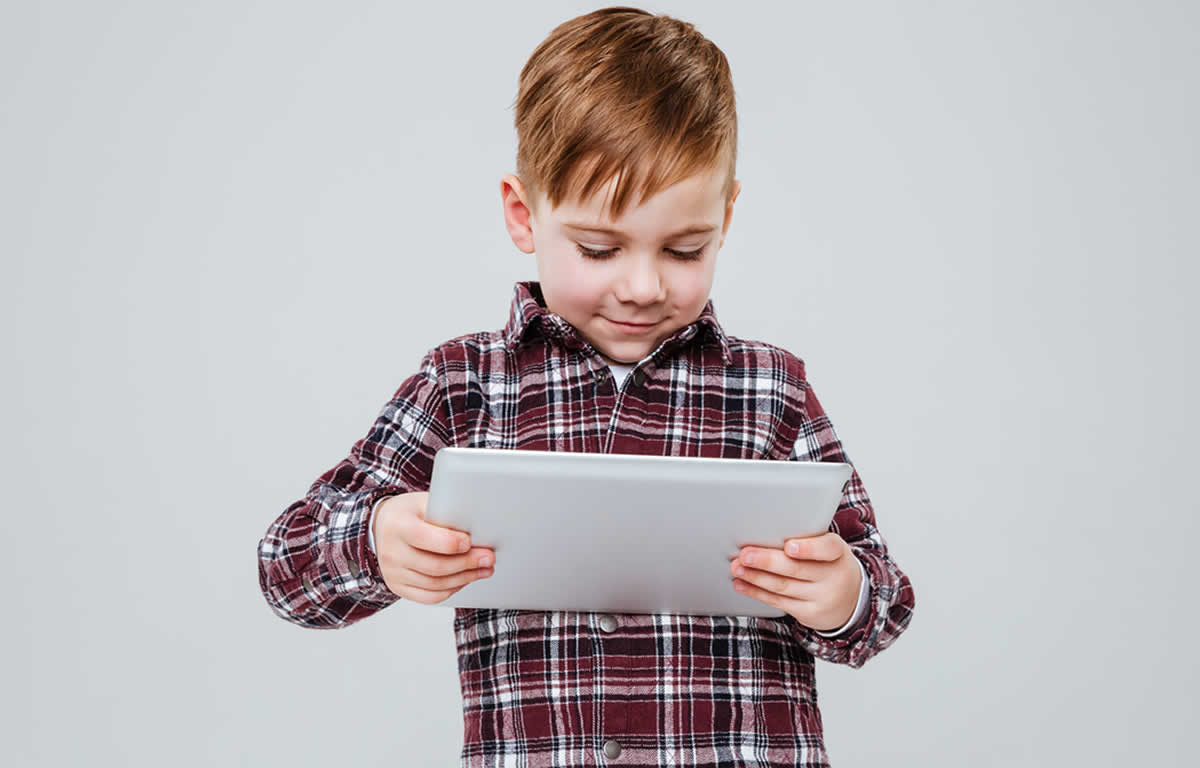 Next
7 Best Websites for Toddlers
Comments are closed.