Thank GOD, 2017 is coming to an end. What a crappy year it’s been, at least in this house. We are anxious for 2017 to roll around and for a fresh start. As much as the year has sucked, I always enjoy reading the best of lists. It’s how the year will be remembered, you know 10 years from now. Hopefully all the crappy will be forgotten and when I hear the Moana song, I will think – oh yeah 2017. 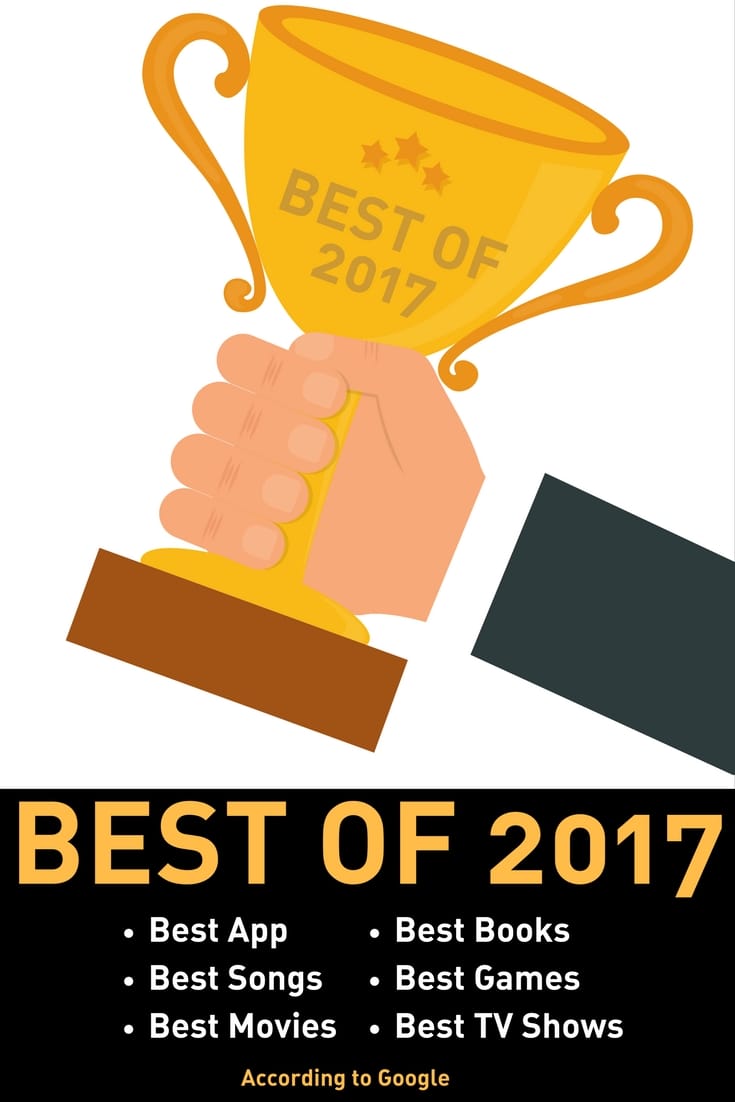 Are you an Android user? If so, here are the Android apps that were the most popular new apps in 2017, according to Google Play.

What were your favorite apps for 2017?

Photo Editor is definitely a game changer when it comes to simple photo edits. What the Forecast is absolutely hilarious and Boomerang is always a fun app for Instagram stories. I need to try out these other apps!

Most Popular New Games of 2017

Do you play games? I have to admit, #1, Super Mario Run – I had a mega-addiction to this game. My kids all love Ballz and Magic Tiles 3. What of these did you play?

I love how Stephen King’s IT made a comeback! Talk about a classic book. I’m downloading the Mark Manson book now, this looks too intriguing not to read.

This is where I start to feel old. Out of this list of 5 top songs of 2017, I know 3 of them. I blame my stubborness for listening to the same Pandora station over and over.

This list of the top five 2017 shows sounds about right!  I will admit, Rick and Morty totally surprised me. That show is just so wrong, but I’ll admit – it’s quite hilarious – just WRONG!

There you have it, the best of 2017 in digital media according to Google Play. What are your thoughts? Did your faves make the list?